The economy if Labor wins: Industry and construction the keys 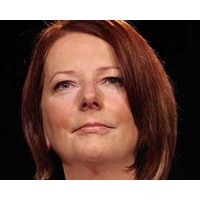 Yesterday we looked at how the economy would fare if the Coalition’s broad economic and fiscal policies?—?to the extent that we know them?—?were successfully implemented.

The Prime Minister’s speech last week gives us a guide to Labor’s medium-term agenda building on its record in government, which includes maintaining economic growth through the financial crisis, overseeing the return of labour productivity growth, and a low inflation environment that has allowed considerable freedom to the RBA to loosen monetary policy during an historic inflow of investment driven by a resources boom.

Labor remains committed to a contractionary fiscal policy, but not to a surplus this year out of concern for impacts on employment. Wayne Swan spelt this out very clearly in December when he abandoned the surplus commitment, stating that the government would not be engaging in any further spending cuts beyond those already locked in, to offset further falls in tax revenue. He rejected the suggestion that the government would increase spending. That means the extent to which the government is departing from its policy of fiscal contraction entirely relies on how tax revenue fares?—?and in particular how iron ore prices fare between now and the end of the financial year.

As suggested yesterday in our look at the Coalition’s fiscal policy, the specific difference between the parties lies in the extent to which the Coalition’s fiscal-discipline-at-all-costs approach, compared to Labor’s approach based on maintaining employment, translates into reality if the economy softens, with Labor having left itself greater policy flexibility if contractionary fiscal policy starts feeding into a weakening economy.

The other component of Labor’s fiscal policy is a commitment to identify “long-term” or “structural” savings in the May Budget to pay for the extended (decade-long) roll-out of its education funding reforms and the establishment of the full National Disability Insurance Scheme (NDIS) from 2015. These savings will not be immediate, and will have no short-term impact, but are likely to be of the kind that reduce the long-term growth of large spending programs or tax expenditures, thereby freeing up funding to switch to NDIS and Gonski.

The quality of these savings can only be assessed once they are revealed, but some of them are likely to have only limited impact over forward estimates, meaning a proper assessment would require a 10-year forecast from the government of the kind it initially provided for its CPRS (but not for the subsequent version that was adopted).

Labor has shown a reluctance to come to grips with the revenue problems facing state governments and the future shape of GST; further reform in this area looks to be off Labor’s agenda. But the GST needs to be reformed and restructured. Both sides need to get to grips with whether exemptions such as food should continue, or whether the rate should be increased (with appropriate compensation packages). Both sides could use it as an opportunity to redo Commonwealth-State financial agreements, or in Labor’s case sort out problems with the mining tax.  But the GST was themajor tax reform of the Howard government, of which Tony Abbott and Joe Hockey were members; perhaps they’ll show more courage in further reform than Labor.