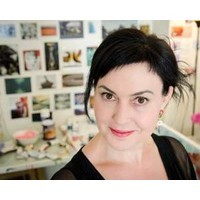 If you’re an executive who’s still uncertain about using social media for business, here’s a compelling reason to consider it: almost two billion consumers already do.

And that trend shows no sign of abating, with social media having grown by around 18% in 2013 with predictions it will reach 2.55 billion by 2017.

Still not convinced? Reflect on the fact that the billions of new consumers who are about to emerge globally will have never lived in a world without it.

They will expect to find you on their platform of choice, not because you’re a cutting-edge, socially savvy brand, but by default – much as shops once required floor space and a front door.

Here’s another reason why having a social media presence matters: the people using social media are shopping. And there’s hard data that the research they do in social networks influences what they buy.

Although social networks influence decision-making on and offline (for example, who people vote for or what accountant they’ll use) consider that this year e-commerce alone was worth $1.3 trillion with expectations it will continue growing at a staggering 20% per year.

According to a recent Sensis Social Media Report, of the 65% of Australians who use social media, one in five research products using social media – nearly 70% of which convert to a sale. Yet, as Frost & Sullivan shows, of the $18.3 billion spent online by Australians, 79% is on overseas sites. (Notwithstanding this social commerce, or shopping by social media, is still sizeable, bringing in $300 million this year.)

While many factors contribute to this statistic, the gap between consumer expectation and business behavior is telling; only 30% of small businesses and around half of medium-sized businesses currently having a social media presence.

Of those that do, many whack up a Facebook page or start a Twitter feed because they believe they ‘should’ instead of asking the deeper, age-old questions about who they are as a business, why they are there and what their customers want. In other words, having a strategy.

A disconnect is that many leaders continue to think about social media as a channel, specifically for communications or sales. But its reach is far greater.

What social media, like technology, delivers is an expectation that cannot necessarily be delivered under legacy business structures: immediacy.

This can in part be addressed at a channel level. For example, in Australia 70% of social media users shop by smartphone and businesses that have successfully adapted to mobile can generate sales by suggesting additional options at the point of sale. (Not surprisingly, those customers want issues resolved just as fast and in an online space that suits them.)

But there’s increasing evidence that this is not enough and that it’s the companies that ‘get’ digital as a ‘way of being’ rather than a ‘handball-to-marketing’ which outperform their peers.

A recent two-year joint study by Capgemini and MIT Sloan of almost 400 firms found that businesses who are more digitally mature, or ‘digirati’ as the report calls them, have a clear digital advantage over their less mature peers. This trend applies to every industry.

The report found that digirati were:

Capgemini Australia’s Digital Transformation lead Ben Gilchriest says that what distinguishes digirati is that they make strategic decisions on where to excel in digital. That results in technology-enabled initiatives that change engagement with customers and internal operations, and even transform business models. However, they never lose sight of the leadership elements: vision, governance, the IT-business relationship and engagement with employees.