The government’s role in the rise and fall of Gunns: The untold story 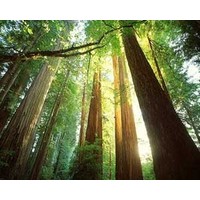 The spotlight is shining on the collapsed Gunns, its former chairman John Gay, and the Tasmanian government’s machinations to secure a pulp mill at all costs.

Aiming that spotlight on the Commonwealth’s role will illuminate why the entire Australian forestry industry remains in crisis and the policy framework needed to resolve the mess.

Out-competed by an economically superior product, Australian native forest sawmilling went into terminal decline; today producing around one-third the amount when Gay started buying up big. In every state, rather than hearing a normal good news industry structural change story, environmentalists were blamed for the native forest job losses.

Neither the Commonwealth government nor the foresters and industry players (who had so adroitly lobbied Prime Minister Robert Menzies for the plantation subsidies in the late 1950s) have claimed the glory of Australia’s softwood plantation program.

Today, softwood plantations account for 85% of Australia’s sawn timber production, 95% of its wood panels production and 80% of the wood used to make Australian paper. (For more information, read here and here).

The exporters rarely reported their profits but we can gauge them from the financial reports of the Nippon-owned operation at Eden NSW. Leaving aside the losses the company made in the first few years after start-up in 1970, its after-tax profit on equity (the money it invested in the business) averaged 34% per annum for the next 30 years.

Engineering such fabulously high and durable profits requires the facilitating hand of government. They depended on the Japanese paper industry’s preference for resource security over cheap wood; the willingness of Australian state governments to let their forestry agencies sell cheap wood from public native forests (thus creating a huge chasm between the wood chip selling price and the cost of production); and an indifferent Commonwealth Government.

From then on, Gunns was cemented in conflict, joining the rest of Australia’s native forest woodchipping sector.

By the early 2000s, Tasmania, East Gippsland and NSW’s Eden region were export-woodchipping between 80 and 90% of the public native forest log cut under the imprimatur of the Commonwealth government via Regional Forest Agreements that outsourced environmental standards to financially pressured and fundamentally conflicted state governments.