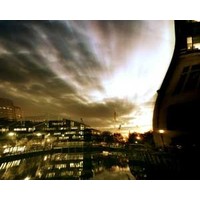 Announcements by the NSW and Victorian governments in recent weeks that they would continue to encourage the development of new housing on the fringes of Sydney and Melbourne revealed that urban planning in Australia is yet to find a solution for unlocking the potential for housing redevelopment in the middle suburbs of the nation’s largest and fastest-growing cities.

Targets of more than 60% and 50% of infill housing for each city respectively, established in recent metro strategic plans, are not being achieved.

In the face of sustained population growth, our big cities continue to sprawl into the greenfields, despite the now well-recognised problems associated with higher infrastructure costs, lack of amenity, car dependency, poor job access, diminished agriculture and open space.

A model for directing population and investment inwards – to inner city brownfield precincts – was established more than 20 years ago thanks to the federal government’s Better Cities program. Itself, however, brownfield redevelopment will fail to deliver the net additions of infill housing required.

The solution lies in the greyfields – those ageing but occupied tracts of inner and middle-ring suburbia that are physically, technologically and environmentally failing and which represent under-capitalised assets. Here, attempts have been made to intensify housing and employment around activity centres and transit-oriented development projects. Outside of CBDs, especially in Melbourne, these designated centres have tended to under-perform.

Transport corridors have also been advanced as a focus for higher-density development in the major cities, but recent research at the Swinburne Institute for Social Research suggests that the volume of new infill housing in Melbourne does not vary by level of public transport access, with most remaining car-dependent.

Most infill housing in the middle suburbs has been occurring in a fragmented, sub-optimal fashion. As greyfield housing comes onto the market (typically properties where 80% or more of the total value is vested in the land) it is purchased, demolished and rebuilt, typically resulting in yields of 1:1 and 1:2-4 dwellings.

There is a well-established model for this class of development. A major gap in the residential property development market is for redevelopment projects capable of yielding net infill dwellings in the range of six to 20 units as a medium-density product (four to six storey height). There is a major opportunity for the property sector in this segment of the market – greyfield residential precinct regeneration – but it currently lacks a development model.