The pizazz of pairing: Keeping the passion alive 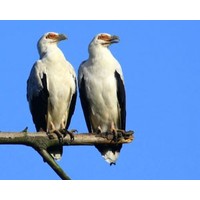 To merge, to acquire, to align or jointly venture; when a stock exchange listing is not an attractive option, leading companies look at other ways to grow.

Law firm Allens Arthur Robinson just announced an alliance with British firm Linklaters. The two legal firms already have 80 clients in common, including Rio Tinto, ANZ, Westpac, KPMG and Macquarie Bank. They hope the alliance will take them into markets in Asia, where they plan to operate joint ventures.

When two companies marry their futures, it’s a delicate matter. The instant pizazz of any pairing – a big jump in revenue, a new geographic reach, the ability to service global customers with blue chip budgets – can sour as fast as a celebrity marriage.

That makes the legal vehicle of choice – from the solid vows of a merger to the friends-with-benefits feel of an alliance – an issue for leaders.

A close examination of the AAR alliance offers some insights for other services companies, and for those in other industries, on the pros and cons of the options.

While an alliance might appear to be a toe-in-the-water approach to partnership, it has benefits, particularly for services companies, according to Douglas Dow, associate professor in business strategy at Melbourne Business School.

“The easiest way for a company to grow is to take a “greenfield” approach – I go out and do it all myself,” he says. “But when it comes to international markets, the problems are two-fold. There might be key assets or relationships that I don’t have. In the case of law firms, that ranges from clients to a staff of lawyers with local knowledge. Secondly, if I go into a market as a greenfield, I am going to have to steal clients and the local firms will retaliate. If I acquire or merger, it reduces competition.” Not that regulators would like to hear that, Dow adds.

The problem most legal pairings face, however, is pride. “No one wants to be acquired,” Dow says. “In a situation where both parties are bringing people to the deal, one way to resolve the tense relationship is a joint venture.”

Allens, which will discard Arthur Robinson from its name on May 1, is adopting joint ventures with Linklaters in two countries in Asia (Indonesia and another, unspecified). In these two cases, the law firms have agreed to profit sharing.

In other markets, the deal between the firms is an alliance; a “watered-down version of a joint venture’, as Dow describes it. “The basic reason for an alliance is that it is not such a long-term commitment. It is not claiming a 20-year relationship, but just that we can work together.”

If the priority for the partnership between companies is growth (and not cost-cutting), an alliance can be a good way for the parties to adapt to each other before getting into a tighter legal arrangements just as a joint venture or merger.

However, for more-intensive companies, the flexibility of the arrangement may be its weakness. “If I am a packaging company and I have to build a factory, I am going to want a more structured legal framework,” Dow says. This would allow for an agreement about who owns what assets and how they would be distributed if the deal ended.

On the downside, alliances do not offer cost savings. In all markets other than the two Asian operations, Allens and Linklaters will operate independently, distributing their profits separately. Under alliances, the companies cannot merge offices, and head office functions – such as information technology, finance, human resources and communications – to save money. “In the case of law firms, they are following clients into foreign markets; they are not there for cost savings,” Dow says.

Mergers and acquisitions are good for shareholders of public listed companies, according to Harminder Singh, senior lecturer at Deakin University’s faculty of business. Singh says his study of 386 companies found that prices jump for both the buyer and the target company as soon as announcements of acquisitions or mergers are made.

When rivals are gathering scale, leading companies may be forced into partnerships to remain competitive and keep their market share.

The Allens alliance with Linklaters comes at a time of intense consolidation in the Australian legal market; in the past month, two other top-tier firms announced mergers: Blake Dawson and Mallesons Stephen Jaques.

While alliances might seem transient, mergers are no guarantee of lasting happiness. The failure rate of mergers is between 50% and 80%, according to Wharton University research. In the case of Linklaters, the alliance with Allens comes as the end of an 11-year joint venture in Singapore with Allen & Gledhill, terminated last month.

Dow says the reasons for failures come down to two factors: a clash of “culture” in which one company’s staff and leaders do not get on with or understand the other’s; or divergent objectives, where both want to go into a new market, for example, but one is focused on profits and another on long-term growth. Says Dow: “Both want the same thing, but they are doing it differently.”