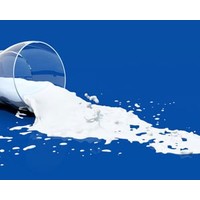 It should have been a no-brainer: charging consumers $1 a litre for milk would make them love the supermarkets, draw them in and get them spending. Instead, it has been a PR nightmare.

Two years ago, Coles lowered the price of its home-branded milk to $1/litre. Woolworths followed suit.

Dairy farmers, through their peak bodies, began waging a campaign, accusing the supermarkets of throttling their industry.

Now, Woolworths appears poised to try a different tack on the contentious issue. The company is considering introducing a new, farmer-friendly milk variety, according to leaked market research documents obtained by The Australian Financial Review.

“We have always believed that the drop to $1 a litre is not sustainable for the dairy industry and not good for dairy farmers,” the director of Woolworths corporate and public affairs, Andrew Hall, told the newspaper.

“As a result, we are looking at trialling alternatively-sourced milk products, direct from dairy farmers, that deliver a higher price at the farm gate.”

To do this, Woolworths is considering buying milk directly from farmers, something supermarkets in the UK are already doing. Currently, Woolworths buys milk from processors, who in turn buy it from farmers.

The proposal for ‘Farmers Own’ milk is the latest in a series of desperate (and expensive) measures to turn around community perceptions in a saga that’s barely let up for the past two years.

In February, Coles posted a video on its Facebook page saying prices paid to diary producers have risen since it began its $1/litre campaign (farmers commenting on the post disputed this). The issue of whether low-priced milk is destroying the Australian diary industry has been the subject of a 2011 ACCC inquiry (which found in the supermarkets’ favour. The costs of lower milk are reflected in lower profit margins for the supermarkets, the regulator said).

Rivals such delivered-grocery retailer Aussie Farmers Direct have capitalised on a perception that Coles and Woolworths are using their market power to extract unsustainable discounts from the dairy industry.

Despite matching each other’s prices, Woolworths and Coles have a history of taking a slightly different line on the pricing of milk. It was Coles that first dropped the price – a move it has always defended. Woolworths, however, has a history of expressing concerns over the pricing, as it did in its submission to a Senate committee in 2011.

“These prices set a new benchmark, and can be expected to flow back to processors and farmers as new supply and pricing agreements are negotiated over the coming months and years,” the supermarket said.

But despite any misgivings, Woolworths felt it had no choice but to drop the price of milk.

Market research detailed in the AFR shows the company has copped the blame from concerned consumers just as much as its rival. According to the leaked report, customers are “disgusted with both [Coles and Woolworths] – that they do not look after ‘our’ farmers enough.”

Could Woolworths have bucked the impulse to match Coles’ milk price and said it was doing so to protect the profits of farmers?

Because PR isn’t part of strategy discussions, we’ll never know, says Catriona Pollard, the founder of CP Communications. “Coles and Woolworths have a price war. It’s continuing, and that price war is clearly a business strategy. They think is that lowering their prices is a good strategy that will bring customers in. But they haven’t applied strategic, long-term thinking about what happens afterwards, when a customer realises that farmers could be getting a lower price.”

Pollard says most businesses don’t think long-term when it comes to their public relations strategy. “They just want quick wins,” she says.

“What’s happened highlights that PR needs to be at the boardroom table and at the management table. How you share your messages with target audiences, and how they’ll react, should be considered right from the start.

“Both Coles and Woolworths are now, through different methods, trying to change people’s perceptions. They’re saying ‘we’re not the bad guys’. Whether they’ll be successful or not we’ll have to wait and see.”

Pricing expert Jon Manning says business should carefully consider the PR implications of things like changing their pricing on iconic products, or those they plan to heavily advertise.

“They definitely should. Whether they do or not, well, that’s another question,” Manning says.

However, he offers a different way to look at the proposal. It’s possible Woolworths is simply seeking to capitalise on the negative sentiment that exists. If ‘Farmers Own’ milk is sold at a higher price than its normal milk, it might be a way to segment the market into those who care about farmers, and those who don’t, and charge each customer segment the maximum they’re willing to pay.

“The price-sensitive [customer] can go to one-dollar milk, those in the middle can go for the ‘fair trade’ milk, and brand name milks can cater to the top end of the market. It’s not a bad idea,” he says. Cleaning up their image, of course, is a neat perk.

But after two years of getting hammered over the issue, it may be too little, too late.