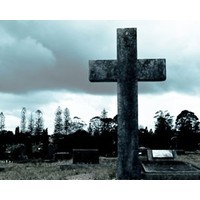 Goodman Fielder is losing money on its baking business. The company booked a $300 million impairment charge on its bakery sector in 2010-11, contributing to that year’s $167 million loss.

The company is still struggling to restructure its bread-making processes and will write off another $90 million or so in the 2011-12 year.

Goodman – which has an estimated 30% of the bread market and such brands as Lawson’s, Helga’s and Buttercup – is losing market share to the $1 loaves sold by both Coles and Woolworths under private brands, according a report in The Australian Financial Review.

And it is also losing to the expensive artisan bakers that sell bread for prices of $7 and above.

“Cheap” and “luxury” have always been a simpler selling proposition than mid-priced, says Michel Hogan, advisor and self-professed brand heretic.

Cheap is self-explanatory, and luxury sales are driven by consumers’ desire to belong to the limited elite that can afford a luxury price tag.

Today, the old positioning paradigms for mid-price products are not working. “Quality and service – the two most overused word in the positioning  lexicon – are not good enough anymore,” she says.

Mid-point pricing is not dead, says Hogan. In fact, it remains the dominant pricing paradigm. “There are a lot of successful mid-point brands. Weirdly enough, it is like politics – it is easier being left and right than in the middle. It is more complicated. ‘Grey’ is always harder.”

Pricing expert, Jon Manning, says the polarisation of the market was flagged a couple of years ago by consultants, McKinsey & Company. “People are trading down to the cheap product when they feel no emotional attachment,” he says. “I just want a white toast loaf, but the money I save, I will spend on a BMW or another brand I really like. We hunt for the discount and reward ourselves with the saving.”

This is factor driving down sales at department store Myer, Manning says, and part of the problem for the chocolate chain, Darryl Lea, which is currently in administration looking for a buyer.

Manning adds Ford and Holden to the companies suffering mid-point pain. “They are in a similar category. You can go and buy a Kia or a Proton, or A-Class Benz.”

Online retailers have undermined the argument of quality and service. Cheap once meant mass produced, usually badly. Today, online retailers can offer quality products at cheap prices because their overheads are lower.

Manning says: “Online retailers strip out a bit of service and move the middle products into the category of no emotional attachment.”

The problem is not pricing, it is brand, says Manning.

Cannibalise your own mid-priced market

He points to banks, insurers and airlines that have solved the challenge to their pricing by introducing their own cheaper or more expensive products under different brands. “As they have come under competitive pressure, the banks introduced online-only banking,” he says. “Lexus comprises only 3% of Toyota’s sales, but 30% of their profits.”

The former CEO of Qantas watched rival airline Virgin Blue take business away until Virgin had 30% market share. Then Qantas started Jetstar, its own budget carrier. Even if it took business from Qantas, the money stayed in the company.

The silicon products company, Dow Corning, offers a cheaper alternative, Xiameter, that consumers have to buy in packs, order in advance, and purchase in one of six currencies. “Any time you deviate from those parameters you have to go back to Dow products,” Manning says.

Hogan says successful mid-price brands are more careful about defining the “extra” service and quality that they offer. “How do I add the value to make it worth your while to pay extra,” she says. “In America you have the high-end department stores – like Saks Fifth Avenue – and the cheap ones – Macy’s and Sears. In the middle, you have Nordstrom, a classic case study. They have made their bones on unbelievable service, they are renowned for it: for the lengths they will go to provide customers with service.”

The extras might include incentive to come back, loyalty or other programs, pricing models or convenience.

Manning notes that they cover all the price points in their products, from cost-conscious to bells and whistles.

Hogan notes that they realise their stores are just one way of selling products. “They don’t care how you buy their products,” she says.