The rise of the 40-year-old intern 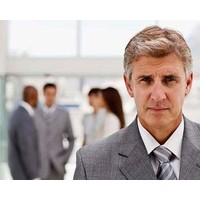 Kathy Bayert has an MBA from Northwestern’s Kellogg School and a resume that includes stints at IBM and PricewaterhouseCoopers. In 2003 she put her career on hold to stay home with her two children. Five years later, looking to return to work at age 42, she encountered an unfamiliar term while scouring online job boards: Sara Lee was advertising a “returnship”. It turned out that the opening was a short-term paid position designed for a professional who’d been out of the workforce for several years – basically, an internship for an experienced worker whose time off might scare recruiters away.

Bayert applied, was accepted and signed on. After her initial six-month assignment, she was hired as a senior manager of organisational effectiveness. The program, she says, was “critical as a springboard back into the workforce.”

The challenge of relaunching a career after a hiatus (most often for full-time parenting) is not new, of course. Women (and some men) have been dealing with it for decades, and the economist Sylvia Ann Hewlett has explored it in a series of groundbreaking articles and books. Still, it remains a hot-button issue: it’s an important part of the dilemma that Anne-Marie Slaughter laid out in her widely discussed essay in The Atlantic: “Why Women Still Can’t Have It All.” Amid all the debate, however, some innovative organisations have been quietly experimenting with an option that may be part of the solution. “Returnships” (a term trademarked in 2008 by Goldman Sachs) help create what Hewlett calls “on-ramps” for people seeking to return to work. These short-term, nonbinding arrangements can be a valuable way to reduce the risks (real or perceived) of hiring people who’ve chosen to take an extended break.

Given the weak global labour market, this may seem a strange time for employers to be expanding their pipeline of prospective employees. But that view misses an important point. Even though unemployment is high in the US, companies struggle to find the right applicants. The potential candidates for returnship programs are a high-calibre bunch. During the four years I’ve spent running return-to-work conferences, all the attendees have held bachelor’s degrees, 75% have held graduate degrees, and 75% had worked for at least 10 years before taking an intentional break.

Returning professionals offer enlightened employers a rare opportunity: they allow them to hire people who have a level of maturity and experience not found in younger recruits and who are at a life stage where parental leaves and spousal job relocations are most likely behind them. In short, these applicants are an excellent investment. Using a returnship program as a screening tool lets employers skim the top talent from this pool and then make ultimate hiring decisions on the basis of meaningful work samples.

How can employers set up successful returnships? Having studied programs at 14 organisations and interviewed program directors and dozens of participants, I offer seven recommendations.

Returnships are a new enough concept that even the companies that pioneered the practice keep them small; it’s easier to get buy-in and to build a successful track record that way. Goldman Sachs, which created 11 eight-week stints for information-technology and back-office professionals in 2008, the first year of its returnship program, more than tripled that number in 2010 but dropped back to 16 the following year in order to ensure high-quality, high-touch support.