The sad truth behind growing clashes at the WTO 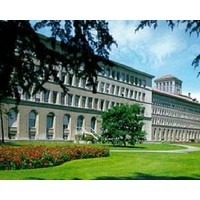 Before the financial crisis ushered in the current global economic downturn, there was a strong consensus among mainstream economists and policymakers about the merits of free trade. The world had seen the spread of pro-competition principles, binding multilateral trade rules, hundreds of so-called free trade agreements and literally thousands of bilateral investment treaties. Did all this serve to prevent discriminatory and selective state intervention during the crisis era?

The number of trade disputes launched at the World Trade Organization this year would suggest no. At the current rate, 2012 will easily see more disputes than in the previous two years combined.

This is in spite of a low incidence of new tariffs and quotas – which might seem surprising given how extensively governments resorted to them in the 1930s. But such tools no longer represent the extent of protectionist interventions. As business managers know, tariffs and quotas take time to shift sales from foreign to domestic sources – time they don’t have during financial crises as the credit needed to make payroll and pay for components dries up. Besides, in sharp downturns many customers cancel their orders, so there are fewer sales to shift in the first place.

What we’ve seen instead is selective subsidisation – a more direct response to the fact that, at the onset of a crisis, firms need cash more than they need customers. Indeed, so many governments implemented subsidies (which delayed reductions in capacity and employment in many sectors, thereby distorting trade flows) that for a while there were actually no trade disputes brought to the WTO. As the saying goes, people who live in glass houses mustn’t throw stones.

The governments behind these subsidies weren’t only interested in stabilising their firms, however. They were also interested in restoring economic growth. In addition to across-the-board fiscal policy measures, many of them targeted specific sectors and even specific firms as areas for growth. This amounted to a revival of the industrial policy that has been criticised for decades in the US, the UK and much of the English-speaking world.

These crisis-era state efforts have created trade disputes, particularly in the auto, wind and solar sectors. Disputes have also arisen over some pre-crisis industrial policy initiatives, such as those relating to biofuels. But are these formal objections only the tip of the iceberg?

Official government sources cannot answer this question, as they do not systematically collect data on industrial policy interventions. Instead we need to consult an independent source. Over the last few years, Global Trade Alert has tracked state measures taken in the course of the downturn that are likely to vary the extent of discrimination against foreign commerce in national markets. Instead of using government reporting, this database is co-ordinated by London’s independent Center for Economic Policy Research and relies on the expertise of trade policy analysts from around the world.