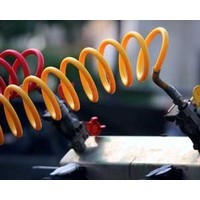 He’s the mysterious figure who’s taken TPG from a computer accessories supplier to the most important junior telco in Australia.

TPG executive chairman David Teoh and iiNet chief Michael Malone are very different types of executives, but together they have become the leaders of the band of second-tier telco players taking on the might of Telstra and Optus.

They are also two of the star performers on BRW’s latest Executive Rich edition, which tracks the executives from listed Australian companies with the largest shareholdings.

The list is once again headed by Rupert Murdoch, who incredibly shrugged off a horrible year to post an increase in the value of his shares, up 5.7% to $6.01 billion. James Packer was well back in second with $2.81 billion, with Kerry Stokes rounding out the media trifecta in third place with $1.77 billion.

But Teoh and Malone stand out as two of the star performers.

Teoh stormed onto the Executive Rich list in 2010, when his stake in the company was worth $480 million. Two years later, his stake has actually fallen a touch to $440 million, but this was 10.8% higher than last year, a period in which the Australian market fell 14%.

Teoh remains a mystery in the Australian business community. Malaysian born, Teoh and his wife Vicky moved to Australia in 1986 and set up TPG. Initially it was a computer equipment business, selling hardware such as PCs and printers, as well as network services and internet services.

But by 2005, the equipment sales had ceased and TPG was a rapidly growing internet service provider. Three years later, TPG listed on the ASX through a reverse takeover of SP Telemedia, which saw Teoh emerge with $150 million and a majority stake in the business.

Since then, the company has been on an acquisition streak. The most prominent deal was the acquisition of Brisbane-based internet group PIPE Networks in 2010 for $373 million. That deal helped the company last week announce a bumper profit of $55.7 million for the six months to January 31, up 65% on the previous corresponding period.

Teoh did a few interviews after the profit announcement, but typically gave little away and certainly wouldn’t be photographed.

Perpetual Investments portfolio manager Jack Collopy provided one of the few references to Teoh’s character when he described him to the Australian Financial Review as a “humble, entrepreneurial man.”

“He’s not an amazing salesman who will knock your shoes off but his track record and the business he has built is what makes him so impressive.”

Teoh might be the quiet achiever, but iiNet’s Michael Malone certainly doesn’t hide his light under a bushel.

Malone posted one of the more impressive jumps on the Executive Rich list, with the value of his shareholding leaping 22.4% to $56.2 million.

As a pioneer in the ISP market, Malone has had to be part entrepreneur, part educator, part evangelist.

His clash with Hollywood studios – who essentially took iiNet to court in an attempt to make them liable for the pirating of movies by iiNet customers – has made him something of a hero to the tech community and an important player in a global debate.

The hunter and the hunted?

To this point, Malone and Teoh have both been able to grow their businesses quickly in a rapidly expanding market. But as the national broadband network draws closer and scale becomes crucial, will the pair become a lot closer?

Teoh clearly thinks so. Over the last 12 months, TPG has built what it is calling a strategic stake in iiNet and now owns 7.2%. This has fuelled much speculation talk although – surprise, surprise – Teoh isn’t saying much.

“We did make a statement to the ASX. It’s a strategic investment, and we keep to those lines. We can’t say much about it actually,” he told the AFR last week.

With little clarity on Teoh and TPG’s intentions, Malone has been limited in what he can say although you’d have to think the presence of a major rival on your share registry would be a touch distracting.

“If TPG decided to advance beyond their current position, that would be an interesting question,” Malone told The Australian last month.

“If they just decided to collapse the brand into TPG, I guess I’d be disappointed. Whereas, if they operated two different brands and leveraged the scale in the network, that is a more interesting conversation.”

Malone, who has bought out a series of entrepreneurs during his acquisition spree, acknowledges there does come a time when the founder wants to move on.

It could be a matter of who blinks first. The mysterious Teoh or the very visible Malone?