The third wave of virtual work 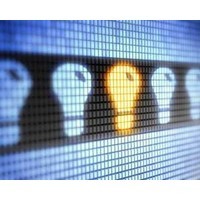 Knowledge workers are now untethered, able to perform tasks anywhere at any time. What do the best of them want from your organisation?

If you wanted to find three decades of the evolution of knowledge work encapsulated in a single career, Heidi McCulloch’s would be a good one to consider. As a liberal arts graduate, McCulloch started out working in corporate marketing departments and then moved to an advertising agency, becoming an outside service provider to companies like the ones where she’d previously worked.

After starting her family, she stepped away from that world and took on an entrepreneurial challenge: restoring and selling a historic inn. She came back to agency work a few years later and rose to vice-president by playing specialised roles on global project teams. And now? She’s on to new ventures. She is an independent consultant, and in July 2012 she created a “boutique collaborative workspace” in downtown Toronto for people like her.

It’s an oasis for mobile knowledge workers, who can do their jobs from anywhere but who gravitate to where they can do them best – in the company of other creative people engaged in work that matters to them. To a career planner, McCulloch’s might seem like an erratic path. For us, as longtime observers of workers and their relationship to workplaces, it reflects a progression.

In studying the dramatic changes that have taken place since the 1980s, we have discerned three major waves in the “virtualisation” of knowledge work. They developed for different reasons, and they are all still moving forward.

Untethered work on a large scale began in the early 1980s, when a “freelance nation” of virtual workers using nascent email networks emerged. The new connectivity allowed an individual who might otherwise have worked inside a company, or at a specialised vendor serving a company, to set up a one-person shop instead.

For many workers, the option to be hired as an independent contractor was a godsend – it meant they no longer had to compromise every other demand of their daytime existence in order to do skilled, well-compensated work. Organisational managers were happy as well, because this new freelance pool gave them the flexibility to contract for more or less labour as business conditions warranted.

Despite its benefits, the first wave required compromises. For workers, the big one was that in embracing the freedom of contributing remotely, they had to give up formal connection to a company and all that went with it – from health and retirement benefits to leadership development and career progression to equipment and tech support.

Organisations, too, missed that engagement on the part of virtual freelancers, but they also came to appreciate a work approach that enabled operations to proceed across different time zones and through emergencies when people could not be together in an office.

Initially people doubted that full-time employees who worked remotely would be as engaged and productive as their office-bound colleagues. Indeed, a company’s early forays into untethered work often go through an initial rough patch, but as interoffice communication has shifted from face-to-face conversations and paper memos to voicemail and then email, it matters less and less whether colleagues are on the same wing or even the same continent.

As the second wave gained momentum, organisations began to realise that virtualisation meant less natural collaboration. Anxious for innovation, they missed the kind of ideation that results from serendipitous encounters and hallway conversations. Anticipating the retirement of baby boomers, they worried about the tacit knowledge that might go untransferred.