The three elements of a successful platform strategy 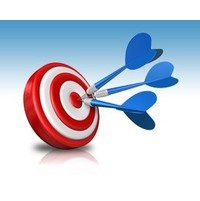 We typically think of companies competing over products – of working to ”build a better mousetrap.” But in today’s networked age, competition is increasingly over platforms. Build a better platform, and you will have a distinct advantage over the competition.

In construction, a platform is something that lifts you up and on which others stand. The same is true in business. By building a digital platform, other businesses can easily connect their business to yours, build products and services on top of it, and co-create value.

Consider the smartphone market. Today, Nokia and BlackBerry-maker Research in Motion are a shadow of their former selves. Their technologies and products lag behind Apple and Android, Google’s mobile operating system. But the triumph of the iPhone isn’t simply a function of its great features and usability. It also has to do with the Apple App Store on which external developers can create value. Microsoft has received excellent reviews for its new smartphones, but their ultimate success will have more to do with Microsoft’s ability to create a viable platform.

Such platform thinking extends beyond the technology sector. Retailers are shifting from distribution channels that sell products to engagement platforms that co-create value. Online retailers like eBay, Etsy and Amazon.com have led the way, and now traditional retailers are following in their wake.

JC Penney has made platform thinking a pillar of its reinvention strategy – the American retailer’s new stores feature an increasing number of small ”boutiques’’ overseen by other companies. It’s no coincidence that JC Penney’s CEO, Ron Johnson, used to work as Apple’s senior vice-president in charge of retail. Johnson has said, ”All those boutiques are the apps. What JC Penney is creating is a new interface.” While JC Penney’s pricing strategy has been controversial, analysts have been very positive about its in-store platform.

Nike is also shifting from products to platforms. Building on the success of its Digital Sport products, the company recently launched its Nike+ Accelerator to help other firms build on the Nike+ platform. The announcement on the Accelerator website reflects platform thinking: ”We are looking for people who … want to create companies that build upon the success of (Nike+) to make the world more active.”

Three transformative technologies are driving the rise of platforms: cloud, social and mobile. The cloud enables a global infrastructure for production, allowing anyone to create content and apps for a worldwide audience; social networks allow people to connect globally and maintain their identities online; and mobile allows people to tap into this global infrastructure anytime, anywhere. The result is a globally accessible network of entrepreneurs, workers and consumers wired to create businesses, contribute content and purchase goods and services.

Three factors determine the success of a platform strategy:

1. CONNECTION: how easily others can plug into the platform to share and transact.

2. GRAVITY: how well the platform attracts participants, both producers and consumers.