Don’t wait till the post-mortem to work out what went wrong. Why slow thinking gets results 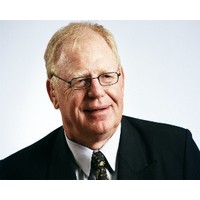 When I did my MBA in the early 1970s, one of the constant mantras from the organisational behaviour lecturers was that the carrot was more important than the stick.

If you wanted to improve the performance of your team it was more important to praise good behaviour than criticise poor execution. However, when I entered the real world and became a sales manager I discovered that if I put a rocket up a poorly performing salesperson, he or she would get an order very quickly. But if I openly praised a recently successful salesperson, his or her performance would slide.  And now, finally, I know why.

The epiphany occurred while I was recently reading Thinking, Fast and Slow by Daniel Kahneman, recent recipient of the Nobel Prize in Economic Sciences. Kahneman explains the reason why the stick works and the carrot fails is regression to the mean.

Having worked in financial services I know the worst thing an investor can do is choose this year’s top-performing investment manager. However, I had never thought of doing the same with people, but reading Kahneman has made it obvious.

Thinking, Fast and Slow describes how we all have two systems that drive the way we think and make choices. System one is fast, intuitive and emotional; system two is slower, more deliberative and more logical.  These of course are stages I and II of emotional intelligence.  Stage I is recognising our core emotional drivers, and stage II is developing self-control over our emotions by using moderation and logic.

Kahneman’s thesis is that the human animal is systematically illogical. Not only do we wrongly assess situations, but we do so following fairly predictable patterns. Moreover, those patterns are grounded in our primate ancestry, and emotions drive most of our decision making.

The first observation, giving the title to the book, is that eons of natural selection gave us the ability to make a fast reaction to a novel situation. Survival depended on it. So, if we hear an unnatural noise in the bushes, our tendency is to run. Thinking slow and applying human logic might cause a different reaction.

However, fast thinking is hardwired and is used more often. Also thinking is metabolically expensive; 20% of our energy intake goes to the brain.  Since slow thinking is expensive, the body is programmed to avoid it. We don’t invoke our system two machinery unless it is needed.

As an example of system two in action Kanheman proposes the use of ‘pre-mortems’, which was a suggestion by a colleague, Gary Klein. This is not a word I had heard before but the idea is that the manager projects himself forward 12 months and imagines that the project or investment is a complete disaster. You then spend 10 minutes writing a history of that disaster, working backward to determine what potentially could lead to the failure.

I just carried out this exercise on an investment proposal I recently received. It was quite scary in its effectiveness. As someone who worked in venture capital for over 25 years the danger of ‘deal fever’ emotionally taking over an investment decision was all too frequent.  I certainly wish I had used this technique before.