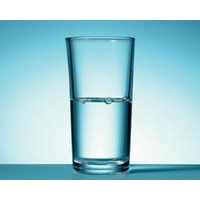 The past 12 months have been increasingly difficult for mid-sized companies, but their chief financial officers are feeling optimistic anyway – more optimistic than their counterparts in both small and large companies, a new report by GE Capital has found.

The report takes the temperature of the middle market – defined as having revenue between $10 million and $250 million – by surveying 5096 chief financial officers across these companies, many of which are private and family-owned.

The middle market employs 3.2 million full-time equivalent staff, and contributes $425 billion to the economy each year, despite comprising only 1.4% of the total number of businesses, according to GE Capital’s research.

Three sectors were growing significantly faster than all the others, the report found. Aaron Baxter, the head of commercial finance for GE Capital, says: “The big shift is in the emerging growth segments of industry. What blew me away was business and property, wholesale and transportation are emerging strongly as the growth sectors. Wholesale is coming off a low base in 2011, but it is essentially doubling its growth, buoyed by the strength of the Australian dollar.”

The growth picture is not such a rosy one for CFOs across other industry sectors, however. The growth outlook for mining fell from .12 last year to .08 this year. Retail’s growth outlook rose a fraction from .12 to .13.

Mid-sized companies were the first to show signs of growth in October last year, scoring higher (.12) on the business growth outlook index overall than small businesses (.07) and large companies (.07).

Although mid-market companies report difficult trading conditions, their resilience is working in their favour, Baxter says. “A bunch of these mid-market companies have emerged from small family-owned businesses into robust mid-market companies. I love their passion and authenticity, and the fact that they can be agile and nimble and drive innovation. They move fast, act fast, and that is why this industry sector is so resilient.”

Significantly, Baxter says, CFOs are now longer giving equal weight to the priorities of growing revenue and cutting costs as they were last year, but are now very focused on cost-cutting. Last year, CFOs had weighted both tactics evenly. This  year, cutting costs ranked as the top issue for about 33% of CFOs and growing revenue fell to about 26% as the key priority. “Managing costs is more heavily weighted than growth revenue,” Baxter says.

Riding above both results was a big jump in concern about the economic environment, with 42% saying it is the most pressing concern. “They are worried about domestic demand, and global uncertainty in the United States, Japan and China,” he says.

Talent management has dropped significantly as a concern as the jobs market loosens.

Although mid-market companies are shy of debt, the survey shows that they are increasing borrowings for specific projects (37%), such as buying land or buildings, business growth projects, managing cash flow or buying equipment.

But this trend is not smoothly spread across the states. Western Australian companies are bullish about debt, whereas those in South Australian and the Northern Territory were not planning to borrow.

Meanwhile the retail sector is trying to reduce debt. Overall, 17% planned to increase debt, 25% want to keep debt levels steady, 30% will decrease debt and 28% will either pay off debt or have no debt.

Just 10% of the fast-growing business and property services sector plans to increase debt in the coming year.