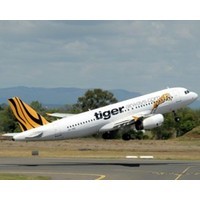 Tiger Airways chief Andrew David has declared the end of the $1 airfares his company was, at one stage, famous for.

That was before the company came to be defined by its grounding for six weeks by the Civil Aviation Safety Authority last year. The exercise, prompted by safety concerns, left thousands of customers in the lurch, and resulted in the Singapore Airlines-backed budget carrier slashing its routes after an extended period on the ground.

Tiger has been rebuilding slowly. In August, it recommenced flights on the Melbourne-Sydney and Melbourne-Brisbane routes. It now flies from Melbourne to the Gold Coast, Cairns, and Perth, and from November plans to fly between Melbourne and Tasmania. Tiger has been focusing efforts on its internal operations. Its stress on engineering and compliance to its new reporting standards has seen the company improve its on-time performance in the six months it has been back in the air.

The experts applaud the focus on operations, but say repositioning a high-profile brand is very difficult.

David, who joined the airline in December, said in an interview in today’s Australian that the airline had deliberately “been quiet”.

“It is pointless coming back into the market after a damaged brand … and making a whole lot of promises,” he told the newspaper.

But he says after several months of getting its operations in order, the airline is ready to take a more high-profile approach to selling its improvements. Tiger is about to launch its first marketing campaign since the grounding with a new series of radio ads to begin this week.

The campaign won’t focus on what David calls ‘gimmicks’ such as the $1 fare, which he says consumers are tired of. LeadingCompany is not certain what the marketing message will be, but David mentioned the company’s focus on its mobile and online check-in system, and its improved reliability.

“We have to make it absolutely clear to people that when they book with us, there are no surprises,” David said.

The managing director of Pricing Prophets, Jon Manning, says Tiger will have great difficulty convincing customers to give it a shot at higher prices when they are accustomed to its $1 fares.

“People have ‘reference prices’ in their mind of what something costs,” he says. “Research shows that 60% of the time, that comes from their last purchase.”

“Another 23% will compare primarily to a competitor’s price.”

This means for the majority of Tiger’s customers, convincing them to pay substantially more for to fly will prove difficult – especially in light of the company’s tarnished reputation.

“Prices like that really raise consumer concern, and you end up only attracting lower-value customers to the brand,” he says.

Rowell says changing Tiger’s brand positioning makes sense. But he cautions that, by speaking of both their reliability and their technological offering, they risk confusing customers on what has changed.

“Technological innovation is all fine and good, but what people want is reliability and good service. That’s a fundamental from which they should start, before looking to build other differentiation down the track.”

Tiger’s challenges are many, but Rowell says he wouldn’t be surprised if the brand recovered in the long term.

“It’ll take at least a year to get it back to a decent level of public opinion.”

“But really, it’s the only choice they’ve got.”

Rowell adds that what Tiger needs to repair its image is positive word of mouth associations from customers. The company’s best chances of this are by focusing on their customer experience.

“Service and reliability are two absolute foundation points for them,” Rowell says. “If they get them right, they’ve got a chance.”