Tiger ditches ‘cheap and cheerful’ for ‘value for money’ 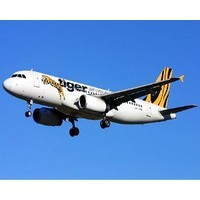 Two weeks ago, the Australian Competition and Consumer Commission allowed Virgin Australia to buy 60% of Tiger, largely because it was told Tiger Singaporean owners would shut down the company if it was left on its own.

It’s been a bumpy six years for the budget airline. In 2011, its planes were grounded after the Civil Aviation Safety Authority found Tiger planes flew dangerously low on two separate flights. This was after Tiger earned a reputation among customers for being unreliable, with flights frequently being cancelled or delayed.

“It needs to be a step up from that, which is value for money.”

Sharp, who joins Tiger after 15 years at Qantas, also said he aimed to compete more directly with Jetstar.

Tiger has its work cut out for it, experts told LeadingCompany this morning. After all, becoming a more reliable, more expensive airline will need plenty of operational change to stick.

Here are the three things Tiger needs to do to successfully pivot its business model.

1. Decide what it will deliver, and deliver it

Branding expert Michel Hogan says fixing how Tiger is seen in the market can’t be approached as a marketing ploy. It has to be fixed through operational improvement.

“They need to decide on what promises they can make, and how they can keep those promises. That’s the biggest challenge – connecting those two things.”

Tiger needs a clear vision of how it will change, and it needs to communicate that to its employees.

“Over time, if you keep doing what you promise, your brand will come to mean that,” Hogan says. “It’s going to take Tiger a little while.”

2. Tell customers what they’ll get when travelling with Tiger

Hogan says one of the mistakes Tiger made when it launched in Australia was that it never made clear to customers what they can expect when they fly with the airline.

“Look at Ryanair in Ireland. They said, from day one, that they offer three things: the cheapest fares; getting you there on time; and getting you there safely. That’s their promise, which they’re pretty upfront about.

“But what does ‘value for money’ mean? It’s not enough. They need to articulate what they mean.”

David Knowles, a partner at Pitcher Partners, says his advice for companies in Tiger’s situation might be to just change brands.

“It’s amazing how long consumer memory lasts,” he says. “People think you’re one type of company, and they think that for a long time.

“Qantas didn’t want to play in a space that wasn’t reflective of its brands, so it brought in the Jetstar brand to do that. If Tiger wants to reposition itself, I think you need some sort of break between ‘old Tiger’ and ‘new Tiger’.”

Tiger’s new CEO says he won’t be immediately raising prices, but will instead focus on doubling its fleet of airplanes within five years.

But Tiger is in trouble, as Sharp told the Australian Financial Review. Tiger’s losses are $60 million a year, or as its CEO put it, “burning cash at the moment”.

There are positives and negatives to trying to reform a company in dire straits, Knowles says.

“There’s that old adage – never waste a crisis. It does give you a license to fundamentally change the way a business goes about doing things. You can replace people, bring in a new strategy, and quickly get your workforce around on the need to do so. That’s obviously important if you’ve got a workforce that’s used to doing things a certain way.

“But the flipside is that you need financial resources. It’s amazing how often you come across companies who’ve gotten themselves in too deep a hole without the resources to get themselves out of it. Sometimes they don’t even have the resources to make redundancies.”

New owner Virgin Australia might have to put some money into Tiger to give it the breathing room to change.