Tinkler’s kingdom for a horse: Racing empire sent to knackery 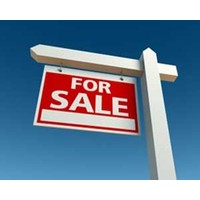 Nathan Tinkler is now clearly so desperate for cash that every asset he owns has a “for sale” sign stuck on it. But flogging off his champion race horse All Too Hard to Gerry Harvey and friends must have really stung.

In a deal announced at the weekend, Harvey’s Vinery Stud (which he co-owns with a group of investors including the part-owner of Black Caviar, Neil Werrett) will buy champion galloper All Too Hard and a stud farm from Tinkler’s Patinack Farm for $28 million.

When Tinkler emerged from nowhere in 2008 and established Patinack, spending between $200 million and $300 million on race horses, brood mares, training facilities and stud farms, he clearly styled himself on the Ingham family’s Woodland Stud, which was sold to Dubai ruler Sheikh Mohammed bin Rashid al-Maktoum in 2008 for $500 million in what is likely to stand as the greatest return on race horses in Australian history.

But Tinkler should have known the Inghams’ path to that sale was long and torturous. They invested in the industry for decades, slowly building their horse numbers, carefully developing champion bloodlines and, eventually, champion stallions. They also picked the perfect time to sell, just before the GFC and when Dubai was drowning in cash.

Tinkler seemed intent on trying to replicate that success in a matter of years with sheer spending power. He had some success, but to get a return on his $200-300 million was always going to take an incredible amount of cash and patience?—?keep paying those training and feed bills, keep buying new yearlings, keep racing those horses and hope to one day find a champion who you could really build a stud around.

Ironically, All Too Hard may well have been that horse. A champion two-year-old, Tinkler and his trainer John Hawkes made the difficult decision not to run All Too Hard in the 2012 Golden Slipper and risk burning him out. Instead, they patiently gave the horse a long spell and bought the horse to Melbourne in the spring.

It was a masterstroke. All Too Hard won the Canfield Guineas, defeating boom colt Pierro, and then two weeks later ran second in the Cox Plate, beaten narrowly by Ocean Park. It seemed Tinkler had found his champion and, more importantly, the stallion prospect that could make the name of his breeding operation.

That dream is now over for Tinkler, although Harvey and Werrett will race the horse on, hoping for some more big wins before All Too Hard retires to stud.

While Harvey particularly seems to have affection and sympathy for Tinkler, the attitude of the racing sector towards the Newcastle Rich Lister has been fascinating to watch. Even as he poured millions into the industry, even as the breeders and property owners took his money, many were sniggering behind their hands at Tinkler, the “boganairre” in a hurry. As his problems mounted away from the racecourse and on it?—?and don’t worry, Patinack has plenty of debts of its own?—?the sniggering has turned into anger.

And now the anger has turned in opportunism. There are owners and breeders all over Australia with their eyes on horses and assets in the Patiniack empire and they can smell bargains.

Even Harvey got a good deal. Reports suggest he originally intended only to buy All Too Hard, but as Tinkler’s problems worsened the $28 million grew to include other assets.

That’s not an insignificant amount for Tinkler, who is also facing the prospect of losing his grip on his Hunter Sports Group?—?owner of the Newcastle Knights NRL club and the Newcastle Jets A-League franchise?—?if he can’t meet a tax bill of $2.7 million.

Will he use the windfall from All Too Hard to pay off that specific debt? That’s not clear.

After all, club supporters will today tell Tinkler they want him out of the Knights. They also want him to stump up the $20 million bank guarantee he gave them as part of his deal to buy the club back in April last year. He’s unlikely to part with the $20 million given how many other creditors are asking for the same?—?but he might well decide it’s time to step away from where he’s not wanted.

Whatever the case, it seems we are rapidly approaching the end of the Tinkler empire. Certainly a remarkable racing adventure is well and truly over.