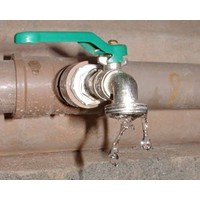 Sharing. It’s a crucial part of relationships. We give, and take. We share our lives, our worries, our hopes. We talk about our days, what we saw and heard. We make confidences, and in doing so can breach others.

In romantic relationships, sharing is a powerful instinct. And it got a senior executive from with The Star casino fired, according to newspaper reports.

The executive is accused of breaching confidentiality provisions in her contract after a series of email exchanges with her boyfriend, who happened to be the New South Wales premier Barry O’Farrell’s communications director, Peter Grimshaw. The emails have played a key role in an inquiry by the NSW Casino Control Authority, and a growing rift between the casino’s owners and the NSW government.

The unplugged hole: why leaking is so difficult to stop

The Star is owned by Echo Entertainment Group (ASX: EGP), whose plight highlights the difficulties companies face in controlling and managing sensitive information. It’s human nature to share information. Revealing inside information one is privy to both enhances the person’s reputation as an insider, and signals trust in the listener, experts say.

This makes it difficult to prevent leaks.

Jennifer Frahm, founder of change management communications consultancy Conversations of Change, says businesses impress the importance of confidentiality on those in their organisation “with great difficulty.”

This concern underlies a lot of the decisions made about communicating changes.

“Often the strategy is silence,” she says, adding that legal reporting requirements on listed companies make the problem particularly difficult for those businesses.

“I think you can assume that anything you tell somebody else in the organisation could end up on the front page of a newspaper during change. To not assume this is foolhardy.”

Companies can hope to contain information by building strong trust with their employees, and by carefully and persuasively explaining why information has to be kept in-house, Frahm says. Outlining when the information will be made public can help, too.

“[But] the assumption has to be that the moment you communicate changes, it can go broader.”

Lobbyist Jody Fassina says he thinks some leaking is unavoidable.

Leaks can come from aggrieved current or former employees, but just as often they come from well-meaning staff when they let their guard down.

“At the end of the day, you’re sitting at the bar and chatting about the week’s events… that very easily becomes someone talking off the record to a competitor,” he says.

“All an organisation can do is instil a culture where that’s not acceptable.

Leaders should emphasise that leaking is unprofessional, and continually reinforce that message. And they should make it clear that their professional obligations extend, no matter what the situation.

Strategic leaking can be just as damaging

Companies often strategically leak information, but this can have unintended consequences.

Frahm says ‘leaking’ misleading information is a common tactic for organisations in competitive industries. They use strategic leaks to distract their competitors.

But any leaking, no matter how strategic, can backfire, as Echo Entertainment is finding out. The company is back in the business pages today as competitor James Packer calls for heads to roll. On Sunday Echo admitted to leaking emails between its former senior executive and her boyfriend, O’Farrell’s communications advisor, to two newspapers in an effort to “protect the company’s reputation”.

Fassina warns that organisations that strategically leak may not be setting the best example for their employees.

“At the end of the day, the culture of an organisation is set from the top,” he says. “The board and CEO have responsibility for implementing it. If an organisation is strategically leaking from the top … then others below think ‘Oh, that’s the way the business works.’ They may feel it’s their right to leak damaging information that benefits them.”

The benefits of openness

It may seem like keeping strategic information tightly-held in a small group of people is the obvious solution. But Frahm says this may cause resentment.

“It really depends on the size of the organisation, and what the culture is,” she says. “If you have a culture around open communication, and you suddenly withhold, you can do a lot of damage for years to come.”

Frahm admits that discussing the importance of confidentiality is a very difficult conversation to have.

“[But] those who are courageous, and do it, see lasting benefits.”

Footnote: LeadingCompany, of course, is happy to receive leaks.