Together, but different: ANZ and Westpac split on multiple brands 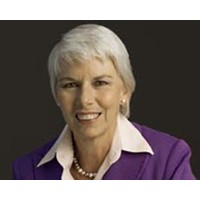 As Westpac builds multiple brands here, in New Zealand, ANZ is consolidating to just one.

Across the Tasman, ANZ operates two brands: ANZ, and The National Bank. The National Bank’s black and green branding is on licence from British bank Lloyds. That licence is due to expire in 2014, and ANZ is taking the opportunity to reunite the two brands, which for the past decade have operated separately.

ANZ will spend just under $80 million merging the brands, adopting the National Bank’s back-end systems and most of its products.

The move starkly contrasts with that of rival bank Westpac. Under the ‘multi-brand’ strategy pushed by chief executive Gail Kelly, Westpac operates five high-profile retail-banking brands. Three of these are the result of recent acquisitions. In addition to its red ‘Westpac’ brand, it also owns St George (acquired in 2008) , BankSA (bought by St George in 2002), and RAMS (2007). Westpac also operates the Bank of Melbourne in Victoria, a brand it bought in 1997 and rebranded as Westpac in 2004 after staff started wearing Westpac uniforms (they wanted to be part of the parent company) and customer surveys showed confusion about the multiple brands. The Bank of Melbourne brand was relaunched by Kelly last year.

But the multi-branding strategy hasn’t been embraced by others in the sector. Commonwealth Bank CEO, Ian Narev, recently rubbished the strategy at an investor briefing, saying he had no intention of pursuing a retail banking strategy built around the ”differentiation of a whole lot of different brands.” His comments, together with ANZ’s recent decision to consolidate, show Westpac is swimming against the tide.

Operating multiple brands can help companies tap new customer bases and spread risk, but it comes with its own dangers. Should leading companies learn from Westpac, or are there warning signs in the words and actions of its rivals?

The first is to do with risk, explains Dr Simon Bell, a professor marketing at Melbourne University.

“When one brand suffers a reputational hit, having other brands can mean the rest of the products aren’t damaged or affected,” Bell says. “Take the reputational damage to BP with the oil spill. They wouldn’t have suffered as badly across their whole chain if they had multiple brands.”

“You don’t want to put all your money in one place,” he says. “Multiple brands let you spread your bets.

“You’ll always have some brands in decline, others that are growing, and others with potential. If you have an arsenal of different brands, you can manage some down over time.”

The second reason companies turn to different brands is about customers.

When it comes to multi-brand strategies, the masters are fast-moving consumer goods, says Gollop.