Tom Waterhouse takes the money: what now for gambling in Australia? 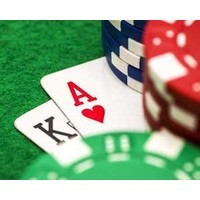 That bookmaker Tom Waterhouse has sold his eponymous company to British bookmaking powerhouse William Hill is no surprise. Waterhouse’s recent very public bid for recognition and market share was widely viewed as a strategy to make his company a bright prospect amidst the plethora of online bookies licensed to operate in Australia.

That his high-profile self-promotion exercise also infuriated sports fans watching their favourite code on TV was collateral damage. His competitors accused him of queering their (marketing) pitch by his ubiquitous, high-profile (and expensive) TV promotion of live odds. Public outcry forced reluctant politicians to engineer a new agreement with broadcasters to limit this aspect of gambling advertising.

Of course, what has been agreed stops well short of a ban on the promotion of gambling via sport – ads for bookies and sponsorship by them of sporting teams is, with the possible exception of South Australia, unimpeded.

William Hill is now a global brand, and Britain’s largest bookmaker. It recently acquired Sportingbet Australia (which also owns Centrebet) for A$660 million, and the addition of Tom Waterhouse’s operation (which has a 5% market share) gives it a 25% share in the Australian market. This puts it ahead of its Irish competitor Paddy Power, whose full acquisition of Sportsbet in 2010 gave it market share of around 20%.

Of course, bookies are only one segment of Australia’s gambling sector, which takes net revenues of around $20 billion per year. Racing and sportsbetting combined took around $3 billion in 2009-10 (the latest year for which Australia wide data are available), of which about $300 million was sports betting. Most of that ($2.4 billion) went to TABs, attacked by William Hill as monopolists with a monopoly perspective and monopoly management style. But racing revenues have been in decline for years, and few would expect to see any recovery in years to come.

Australia’s biggest gambling revenue earners by far are still poker machines, taking over $10 billion annually. The NSW clubs sector, which takes the lion’s share of the $5 billion taken by NSW poker machines annually, wants to parlay that into an online presence and isalready positioning itself for an online licence, when those become available.

Gambling is rapidly evolving into a global business. Online bookies have grown quickly in Australia and now have a solid customer base, courtesy of their capacity to market outside their jurisdiction (unlike terrestrial bookmakers, who need a license in each jurisdiction within which they operate). Favourable economic conditions, largely sympathetic regulators, and the prospect of licensing of online casino-style gambling over the next few years, makes Australia a bright prospect for global operators looking to expand their operations into the Asian region.

Gambling, particularly online gambling, is a very contemporary style of economic activity. It is a heavily dematerialised form of consumption – it doesn’t require much in the way of terrestrial infrastructure; no mailing charges or parcels to forward, no shops to rent and clean. It can be rapidly reproduced and has virtually unlimited potential for expansion. Its form is in complete alignment with the “risk society” we inhabit, and its justification as a demonstration of consumer demand and satisfaction make it a darling of neoliberal economic commentators.

The downside of course is gambling’s enormous potential to inflict harm on a large proportion of those who do it regularly. Recent research indicates that young people in particular are now experiencing problem gambling rates many multiples of the population average. International students have a problem gambling rate up to ten times that of the general population. Exactly why this is so remains unknown.

We do know that there are strong links between accessibility and propensity to gambling problems. The growth in availability of online and mobile gambling, and its remorseless and ubiquitous promotion, has likely created a climate in which betting on everything is entirely normal. The more you gamble, the more likely you are to have a gambling problem.

Waterhouse has sold his business for a relatively modest sum – $34 million, with the possibility of more if it performs within specified parameters. But what he has got is a management position inside a global gambling powerhouse, poised for expansion into the world’s most rapidly growing economies, using Australia as a stable, Anglophone platform from which to stage that growth. The money is nothing to sneeze at, but the real benefit of this acquisition is a seat at the table of the perfect 21st century business.

The Packer empire has turned its gaze away from media towards casinos, arguably usingaggressive expansion of its Australian operations to build a base for expanded global operations. Any bookie with an eye to the future needs a platform that can operate successfully at a global level, which is where the gambling action will increasingly be played.

We can expect increased pressure on Australian governments to move quickly to license full-scale internet gambling. The approach so far recommended involves a trial of online poker with a range of harm minimisation measures in place.

As the Australian online market becomes saturated with international operators, it will be interesting to see if the new Australian government can resist the likely growing demands by bookies for a share of the international market in casino-style online gambling. No doubt Tom Waterhouse would offer you odds on that.

Charles Livingstone is a senior lecturer in global health and society at Monash University. This piece first appeared at The Conversation.