Too big to care: Will Coles and Woolies lift their game in 2015? 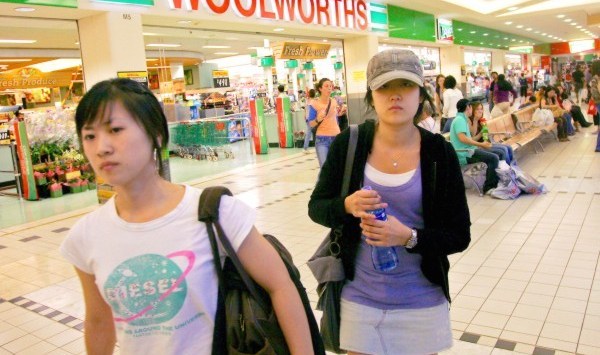 Coles and Woolworths spent much of 2014 defending their behaviour in court. The Australian Competition and Consumer Commission (ACCC) brought several actions against one or both of them throughout the year for breaching undertakings, misleading consumers and bullying suppliers.

The regulator scored a huge victory late last year when Coles conceded it had behaved unconscionably towards suppliers.

The case actually involved two separate claims. Both concerned allegedly unreasonable demands by Coles for payments from its smallest suppliers.

The ACCC and Coles were ordered to mediation and quickly reached an agreed outcome, subject to the judge’s approval.

Just before Christmas, Justice Michelle Gordon delivered her decision. Accepting the proposed settlement, she ordered penalties against Coles in the order of A$10 million plus more than A$1 million in costs.

In her decision, Justice Gordon repeatedly described Coles’ conduct as “deliberate, orchestrated and relentless”, and questioned the maximum penalty for unconscionable conduct. At A$1.1 million per contravention, she observed, this was “arguably inadequate for a corporation the size of Coles”.

In addition to the substantial penalties, Coles gave undertakings to the ACCC. These will allow more than 200 small suppliers to engage in an audit process, examining whether Coles’ demands for payments were justified and – if not – enabling repayment.

Was Woolworths doing the same thing?

Even as Justice Gordon was reviewing the submissions of Coles and the ACCC, there were reports that Woolworths was behaving unconscionably.

Wasn’t there a code of conduct to deal with this?

Lurking in the background to these various allegations was the Grocery Code of Conduct. This document – largely negotiated between the Australian Food and Grocery Council, Coles and Woolworths – was released as a draft in late 2013, and then put to public consultation by Treasury.

Much of the conduct at the heart of the case against Coles, and the more recent allegations against Woolworths, falls within the scope of the code. For example, under Treasury’s consultation draft, the major chains:

The code also seeks to limit the ability of supermarkets to demand their suppliers contribute to the costs of promotion, which seems to be subject of the accusations against Woolworths.

Intriguingly, while Coles’ conduct pre-dates the code’s negotiation, the allegations against Woolworths clearly post-date it.

There were strong rumours towards the end of 2014 that the code would be prescribed under the Competition and Consumer Act. This would mean that a party that agreed to be bound by the (voluntary) code but then breached it would also breach the law. But the rumours came to naught and the code remains in limbo.

The ACCC is certainly not hanging around waiting. ACCC Chairman Rod Simms has repeatedly said supermarkets are a top priority for the regulator. But the ACCC has been quite strategic in the way it has pursued potential claims.

The concerns that the average person on the street tends to have about the major supermarkets relate to their market power: we like $1 milk or 85c bread, but worry about what it means for farmers; private labels are okay, as long as we can still buy our favourite brand; and does the strength of the majors mean the independents are being muscled out?

These sorts of issues are typically addressed under the competition provisions of the Competition and Consumer Act – most often via the regulation of mergers, the misuse of market power prohibition and other provisions that restrict conduct that substantially lessens competition.

Despite the ACCC’s intense scrutiny of the major chains, no competition case has been brought against either in the last 15 years. Instead, the ACCC seems to be targeting “low-hanging fruit”, in the form of consumer protection and unconscionable conduct cases and breaches of undertakings.

The ACCC may have several reasons for adopting this approach, not least that competition cases are notoriously long, complicated, expensive and uncertain. Even hard-fought wins can turn out to be pyrrhic victories.

In the 1990s, Safeway (Woolworths) was accused of bullying conduct against bread suppliers and the ACCC successfully prosecuted it for misusing its market power and obtained substantial penalties. But the alleged victims received no compensation, and the case took more than nine years to resolve. The ACCC’s unconscionability action against Coles was clearly far more effective for the small suppliers involved.

But there are downsides to taking the competition provisions out of the mix. As noted by Justice Gordon, the penalties are significantly lower. The ability of the court to constrain future conduct via injunctions is also affected, because reframing bullying conduct from a misuse of market power to unconscionability means the court is not actually examining the cause of the competition problem.

That said, this strategy could well be the case of death by a thousand cuts. Coles in particular took several hits in 2014 and it looks like Woolworths could be in for some heat in 2015. If the code of conduct is prescribed, there could be even more trouble to come.