Tourism takes a tumble … and comes up better 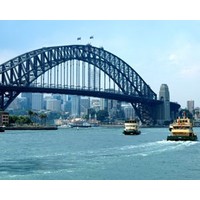 The high dollar is hitting Australia’s $94 billion tourism industry, with decreased spending by international tourists, which makes up about 45% of that figure.

But the tourism industry is grappling with more than that.

The chief executive of Toga Hospitality, Rachel Argaman, told LeadingCompany today that the industry is undergoing structural change which is seeing a fall in European visitors and a rapid growth in visitors from China and Asia.

“I think this is a structural change and it is part of something that is evolutionary,” Argaman says.

“In terms of inbound visitors China is now the second largest after New Zealand.”

Although arrival numbers are up by 2% in the 12 months to February income from foreign visitors is falling according to recent figures from the Australian Bureau of Statistics.

In February this year income from international tourists was $2.63 billion, a fall of about $100 million a month, a report in The Age notes.

Toga has been training staff in “Asia readiness” across all of Toga’s brand hotels and serviced apartments – Medina, Vibe, Travelodge and Adina – Argaman says.

“So many more people are travelling as prosperity rises in these emerging economies,” she says.

Argaman believes that trend is reversing as more government officials and business travellers arrive from China.

Britain taxes long-haul flights and increased that tax last month, and there are fears that Europe will tax travellers as it tries to hold onto revenue and recover from its economic woes.

Australia is now seen as an expensive destination in terms of flights, accommodation, food, entertainment and internal travel.

Australia was initially slow to respond to the high dollar and Europe’s slowdown but that has changed, with discounts, deals and more airlines flying from Asia.

“Australia has some of the cheapest room rates in the world,” Argaman says. “Both Melbourne and Sydney are in discussions, hoping to get direct flights from India.”

Toga has set up general sales agents in China and India to pitch directly to agencies and inbound operators in those emerging markets.

“We have our 2020 strategy and at the heart of that is targeting the most profitable growth markets, which are across Asia and are likely to generate the most visitors,” Seaton says.

“We are also updating our global campaign There’s nothing like Australia in the next couple of months. There will be more a focus on quality and demonstrating we have the best quality products that rival the world here.”