Two strikes: Will investors pull punches at your AGM? 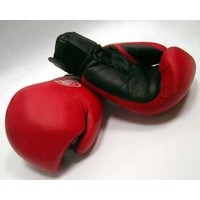 For some time there has been speculation that investors dissatisfied with a company’s remuneration report will pull their punches and not exercise a vote that may result in a second strike, in order to prevent a possible board spill. Directors hoping for this outcome will be disappointed; it is not going to happen.

This AGM season is the first during which some companies will be exposed to a second strike. Since 1 July, 2011, ASX listed companies have been subject to a regime under which:

· A vote of 25% or more at one AGM against the remuneration report is a “first strike”.

· A vote of 25% or more against the remuneration report at the next AGM is a “second strike”. If a company suffers a second strike, shareholders must vote, at the same AGM, on whether a meeting should be held at which all non-executive directors would be required to seek re-election.  A simple majority of eligible votes is required for such a “spill” resolution to be carried.

· Institutional investors (along with other eligible shareholders who cast their votes via proxies) will therefore be required to decide whether they would support a spill resolution before knowing whether a second strike will occur.

In the lead-up to this AGM season significant pressure has been building up for institutional investors to be “kinder” to companies in voting “no” if this could result in a second strike.  The argument is that a “no” vote will create instability, as all non-executive directors may be open to re-election, and that given this outcome, some may not volunteer service for the board again. The instability would result in loss of share value. Investor returns will plummet. Fund managers will miss their index return performance targets and fees, and not receive their own incentive payments. The world will go to hell.

Unfortunately for the directors concerned, the institutional investors are paying no heed. They know that a majority of votes is required for a board spill. They also know that an investor voting against the remuneration report will be unlikely to also vote for a spill. Significant shareholders – those with 5% of shares or more – have had the opportunity before the two-strikes law to call for a meeting to toss out directors on a remuneration matter, but they never have. In the usual course of director re-elections, ASX 300 shareholders have overwhelmingly endorsed company-nominated directors, even if the company had received significant ‘no votes’ for the remuneration report.