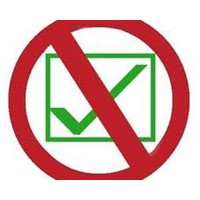 Some four and-a-half years after the banking crisis that has resulted in massive public debt and a deep austerity program, the UK government has finally unveiled its Financial Services (Banking Reform) Bill. The Bill is going through parliament and is expected to become law by the end of the year.

The legislation will require UK banks to insulate everyday banking activities associated with savings, deposits and loans from more volatile investment or speculative activities, by introducing a ringfence around the deposits of individuals and businesses. Thus two subsidiaries under the same parent company are envisaged. This separation is advocated because investment banking indulged in excessive risk-taking and accelerated the banking crisis.

Bear Stearns, Lehman Brothers and Northern Rock are often held out as exemplars of this reckless risk-taking. Prior to its demise, Northern Rock had a leverage ratio (the relationship between total assets and shareholder funds) of 50 while Bear Stearns and Lehman had leverage ratios of 33 and 30 respectively, thus making them highly vulnerable to small declines in the value of their assets.

Many counter parties to complex financial instruments were in danger of defaulting on their obligations and thus threatened the collapse of whole system. The UK government bailed out the system with loans and guarantees of nearly £1 trillion.

Critics claim that ringfencing will increase administration costs and capital ratios, leading to reductions in the amount of credit in the economy and thus investment and jobs. The Bill is based on the premise that, in the next banking crisis, the government would rescue the retail side, but would probably let the investment side sink. This threat may discipline banks and spare taxpayers the expense of bailing out the entire system. The ultimate sanction is that if banks do not ringfence satisfactorily by 2019, then the regulator can formally split their operations.

The Bill sounds good, but is unlikely to be effective. It does not impose any personal costs for reckless risk-taking. Ringfencing is not the same thing as a legally enforced separation (two independent entities operating retail and investment banking). The Bill does not say what precisely is to be ringfenced as savings can be placed in many exotic securities.

Derivatives have been described by the US investment guru Warren Buffett as “financial weapons of mass destruction”, but the government has yielded to the banking lobby and will permit banks to locate “simple” derivative products — whatever “simple” means — within their retail banking operations.

What if funds flow from a ringfenced entity to non-ringfenced entity via a foreign subsidiary or affiliate in a place where there is no such separation? Would this be a breach of the ringfence? The Bill does not provide any examples of what a breach of ringfencing looks like, though the Treasury will have powers to prohibit unspecified types of transactions.

The lack of precision will fuel uncertainty and encourage banks to play creative games in deciding which side of the ringfence some assets and liabilities are to be shifted. The regulator is expected to negotiate the details with the banking industry.

Ringfencing will neither hermetically seal investment banking nor prevent its contagious effects from spreading. For its speculative activities, investment banks will continue to raise finance from retail banks, pension funds, insurance companies and others. They will still have the benefit of limited liability.

In the event of losses or a crash, investment banks will be able to dump their losses on to the providers of finance and thus infect the whole financial system, and will inevitably force governments to bail out the system again. The only remedy is to ensure that investment banking is accompanied by unlimited liability: investment banks are free to speculate as long as their owners can personally absorb the losses.

Investment banks may entice corporate executives to provide funds with promises of huge returns, which might boost their performance-related pay, but can land stakeholders with huge losses. Therefore, the Bill should have required that prior to transacting with investment banks, organisations should seek permission from their own stakeholders.

This would have prevented innocent bystanders from becoming the victims of speculators. Perhaps effective reforms will come after the next banking crash.

Prem Sikka is a professor of accounting, Essex Business School at University of Essex.