Unseating the chair: how and why PaperlinX’s Harry Boon held on 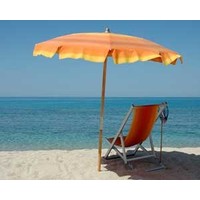 How much red ink must bleed from a company’s books before a chairman loses their job?

In the case of the global paper-maker, PaperlinX, losses of $1.13 billion over four years, and a share price fall of 98% over the same period, was not enough to unseat its chairman, Harry Boon.

Orbis Investment Management, the biggest shareholder in PaperlinX with 18.29%, was in favour of the proposal to change the chair.

The strategy was to remove the incumbent chief executive, Toby Marchant. Simon Marais, the chief executive of Orbis, told LeadingCompany: “We have spoken to a lot of current and ex-employees from senior roles in the company. The general opinion is that the CEO is not the right person for the role. I can’t back it up with any facts, other than, gee, the history is bad. But we can’t replace the CEO. We don’t vote on him. We only get to vote on the board.”

It seems a simple proposition: when a company is on the skids, it is in the best interest of shareholders to renew the board and management.

And, it is a simple matter, administratively speaking: call an extraordinary general meeting and get 51% of the votes.

But it is rarely done. In 2010, just 5.5% of super funds and 8% of managed funds voted against the election of a director suggested by the board, according to a report by the Australian Institute of Company Directors.

Marais finds shareholders’ reluctance to vote out a chairman or director “amazing”.

He says: “It is remarkable. I think it is these big institutional investors; they deal with things on the side. They don’t want to upset things, and they vote with incumbents.”

Institutional governance adviser, Dean Paatch, says unseating the chairman may not have led to a new executive, and the chairman cannot be responsible for the actions of an entire board. “Boards are a collective entity, and pinning the blame on one person is not straightforward’, says Paatch, a director of Ownership Matters.

Marais says that the current board and management do not have enough of their own money at stake. The evidence is in the overheads. “This company’s head office costs were over $40 million. That is just crazy. Management understands that it is too high and said they will halve it, but it should be $4 million.” The latest annual report says $15 million will be cut from head office costs.

A deeper look at PaperlinX reveals how complicated a decision to vote out directors can be.

Harry Boon joined the board as a director in May 2008 and became the chairman only last September. Boon is highly respected and credentialed – he was CEO of Ansell where his career spanned 28 years, and is chair of Tatts Group and Toll Holdings, among others.

Some argue he has not had enough time to be effective.

However, although the company has lost less in the past two years, it has continued to lose while Boon has been on the board.

All the shareholders are infuriated by the company’s performance, although the second largest one, Maple-Brown Abbott, voted against the change.

Stability is the strongest case for sticking with the status quo.

Insiders says more than half of PaperlinX shareholders were in favour of changing the chairman if an agreement with the current leadership could be reached before the extraordinary general meeting. When agreement failed, some shareholders retreated, fearing a showdown would destabilise the company at a critical time – for example, that banks and creditors might become anxious.

Marais says the challenge has “made a point” to the board and the executive that something has to change. “Hopefully at least the management and board got the message that a big chunk of shareholders are very disenfranchised,” he says.

The company has announced a program of dramatic cost-cutting, including $15 million from the costs of “head office” and the closure of the Amsterdam office. Marais is unimpressed. “There has been no lack of plans; it is lack of effective execution.”

However, Paatch says all is as it should be. He says: “It is difficult in practice to unseat a chair because it is a democracy. That is exactly how it should be. If you want to ensure success, have 51% of the votes.”