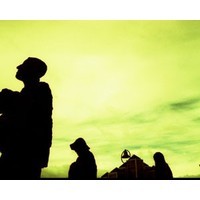 So let’s get a few things crystal-clear upfront – I don’t want there to be any confusion. First, contrary to what you will read in the newspaper, the RBA has no idea what it is going to do with rates in May right now.

Second, nor do the economists and commentators that like to fill the informational void with their subjective opinions on this stuff.

Third, I would personally be over-the-moon if the first quarter inflation data printed very low, and gave our central bank room to cut rates and stimulate growth. That is, to push the unemployment rate down even lower than its current 5.2% level without risking the RBA’s inflation target.

With that prologue out of the way, let me say that the certainty with which some analysts and commentators purport to be able to predict the RBA’s decisions weeks and months in advance of determinative data never ceases to amaze me.

A few days ago almost everyone was predicting an RBA rate cut in May. The market had, as usual, over-egged it, with a 100% probability priced. One analyst even announced this week that the RBA would cut not once in May, but twice, or by 50 basis points in total.

I’ve been more circumspect for the basic reason that I have listened to what the RBA has repeatedly told us: all else being equal, it is, quite reasonably, not touching rates until it gets the next batch of quarterly inflation data on the 24th of April. This is why I was relatively confident that–barring any unexpected disasters–the RBA would leave rates unchanged in February, March, and April.

One is left to surmise that the pundits predicting a rate cut(s) in May and/or June must have a very high degree of faith in their quantitative forecasts for Australia’s underlying inflation rate during the first three months of 2012, and, just as importantly, the revisions the ABS makes to the 2011 results.

In this context, I reckon I know one of the country’s best inflation forecasters. And I also know what his standard errors look like. The bottom line is that once you account for a bit of chance, anything could happen on the 24th. (Now don’t forget my riders upfront!)

I would implore those proclaiming most loudly what the RBA will do in May, June and months thereafter to reflect on what the boss of the central bank, Glenn Stevens, recently described as his “first rule of forecasting”: don’t forecast!

My current RBA logic is pretty straightforward. First, the RBA has more or less declared that it has given up on “pre-emptive” policy-setting, and certainly so in respect of rate hikes.

As I’ve said before, lifting rates is hard yakka when the community has got used to 20-plus years of uninterrupted economic growth and mostly low and steady inflation. The problem is that generations of Australians have forgotten that the average mortgage rate between 1980 and 1995 was 12.6%. Imagine paying that much for a home loan today! You would have conniptions. In January 1990 mortgage rates soared as high as 17%. But since 1995 the average variable rate has only been 7.4%. And that’s mainly because the RBA has kept the pace of consumer price inflation to between 2% and 3% per annum (give or take).

For the last year or so I’ve expressed my concerns about the RBA’s political independence, and the fact that the bank itself is worried about the integrity of its price stability mandate in the wider community.

These anxieties appear increasingly justified given mounting criticisms of RBA decisions and calls from leading stakeholders for the government to change the way the RBA acts. Of course, this government has already controversially taken the RBA board’s pay-setting powers away from it (because Swannie felt the governor was getting too much), and has stacked the board with appointees it believes will be less zealous about inflation-fighting.

And all of this has occurred at a time when the labour market is near fully employed, borrowing rates are around their 15-year averages, private investment is at record highs, and the economy continues to expand.

The RBA has shifted away from “forecasting” towards what the governor calls “nowcasting”. That is, sitting back and watching the hard empirical data flow through, and trying, to the best of its ability, to work out what the pulse of growth and inflation look like in the present (or recent past). When it comes to forecasting inflation, past outcomes are, in fact, one of your best guides.

Politically, the powerful thing about “nowcasting” is that it is externally explicable. The RBA knows it is never going to convince the community or, nowadays, its own board, about the reliability of its long-term inflation guesses. The second-best alternative, therefore, is to set policy based on the highest-quality information it has about what is happening right now.

So how, then, should one think about the probabilities around May? Well, the RBA tells us (if we listen) that it has one main policy goal, which is its 2% to 3% per annum, through-the-cycle, “inflation target”.

By the RBA’s own logic, it can cut rates in May if the first-quarter inflation data suggests the underlying pulse of consumer price pressures is advancing at less than the mid-point of its target band.

In principle, if core inflation prints at 0.7% or higher, and the six- and 12-month core measures are also above 2.5%, the RBA should not be cutting rates in May. Clearly, the converse is also true.

Here it is useful to remember that the deputy governor of the RBA told parliamentarians in February that “our central forecast has unemployment drifting up to around 5.5%”. And this was said after two rate cuts and a bit of currency depreciation.

Instead, the unemployment rate has remained stubbornly steady at around 5.2% with leading indicators, such as job advertisements and the various business surveys, implying that employment growth will improve a bit. Indeed, ANZ have published an analysis of the latest labour force data and concluded that the unemployment rate may have peaked.

The chart from ANZ below shows the 12-month change in the unemployment rate (orange line) plotted against the 12-month change in GDP (blue line). You can see what the RBA and many analysts have long suspected: the unemployment rate is a far less volatile indicator of economic growth than the point estimate that is outputted by the ABS via its National Accounts calculations.

ANZ argues (as I have) that the fact that Australia’s unemployment rate has remained basically unchanged since the middle of 2011 suggests that the economy is probably tracking close to its trend rate of growth. It just so happens that another key proxy for growth, NAB’s business conditions index, is also close to trend.

Given it takes one to two years for rate changes today to have their full impact on activity, and given what the sweep of data tell us about current activity, the only credible basis for a rate cut in May is an unambiguous sign that inflation is lower than it needs to be. But until we get the hard data on the 24th of April, all the guesses as to what the RBA may or may not do (excuse the pun) are pure noise. That is, irrelevant speculation.

There are two risks to this analysis. One possibility is that the RBA is politically pressured into cutting even with a high inflation print because of the numerical dominance of the six doves and a politically appointed treasury secretary on its board. I think this is a low probability risk, but a risk nonetheless. Now is as good a time as any to make a statement about your independence for the benefit of folks like Paul Howes.

Another is that ANZ and the other banks lift lending rates in the interim, which gives the RBA an “excuse” to cut rates in May even with a high inflation print if only to neutralise the change in lending rates. I think it is entirely possible that ANZ will indeed nudge up its rates today, which makes tactical and strategic sense for reasons I have discussed previously. This would tilt my rate probabilities further towards a cut, subject to what the 24th tells us.

Christopher Joye is a leading financial economist and a director of Yellow Brick Road Funds Management and Rismark. The above article is not investment advice.