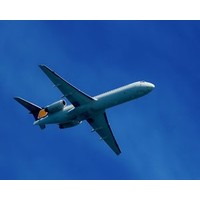 Virgin Australia has announced a series of deals which will see it sell a 10% stake to Singapore Airlines, gain a 60% share in low-cost carrier Tiger Airways Australia and challenge the dominance of Qantas in the lucrative fly-in, fly-out market with a $99 million proposed takeover of Western Australian-based airline Skywest.

Virgin is well on its way to becoming a full-cost carrier rather than the low-cost carrier it started out as. A dual brand strategy gives you protection when there is a downturn in the economic cycle. What happens to network carriers in a downturn – and Virgin has international exposure as well as domestically – is the front end premium traffic goes soft and the cargo business falls apart, usually very quickly, leading to significant falls in yields, particularly in international freight yield which can sometimes fall by 50%.

That’s not the market space the low-cost carriers play in, so their yield impact is much smaller. It means they continue to pretty much run the same business model and they can poach traffic from the network carriers on price. The relationship with Tiger gives Virgin the same protection from the business cycle that Qantas has through its low cost carrier, Jetstar.

Internationally both Qantas and Virgin have been building relationships with partner carriers to strengthen their international reach without incurring the cost of mounting their own operations. This announcement is another step in Virgin’s existing partnerships with several carriers that hold equity stakes in the airline. It might prompt Qantas to raise the limitations imposed on the company by the Qantas Sale Act again.

Tiger has only recently regained its full unrestricted operating certificate after it was grounded last July when the Civil Aviation safety Authority (CASA) grounded the airline over safety concerns.

The restriction meant they were allowed to fly only a limited number of flights per day so they were better able to supervise and manage what was happening in the business while they got back on top of the issues CASA had picked up.

(In February, Australia’s other new entrant low cost carrier Air Australia was placed in administration. Tiger is fully owned by Tiger Airways Holdings, which is 33% owned by Singapore Airlines.)

This buyout is probably what Air Australia hoped would happen to them. Had they still be around, I think they would have been waiting for someone to take them out of the market, an irritant that would have been happy to be removed.

Tiger hasn’t been making any money here. For Singapore Airlines Group to get a stake in Virgin and to anchor that relationship in Australian domestic market is valuable. At the same time the opportunity to leverage Virgin’s capabilities offers a way of making Tiger as a partly owned subsidiary more viable. It is a very attractive deal for them.