Visy’s inside hire: Yes man, or preserving the company DNA? 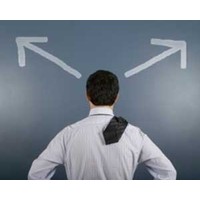 Family companies love to appoint insiders to key positions, and the Pratt family company, Visy Industries, is no different.

Visy’s chief operating officer, Chris Daly, has retired after three years in the job, according to a report in The Australian, and John Wheeler will take over his job. Visy, which makes packaging, is the third-biggest private company in Australia, with an estimated $3.9 billion revenue in 2011-12, and 9600 employees, according to research company, IBISWorld.

The company says Daly is leaving of his own accord, for “family reasons”.

Wheeler has a long history with the Pratt family and is described in the newspaper report as a confidante of the late Richard Pratt, who founded Visy, and died in 2009. The company is now run by his son, Anthony, who is executive chairman, and owned by Anthony and his two sisters, Eloise Waislitz and Fiona Geminder.

Wheeler first worked for the Pratt family business in the 1990s. He then created a joint venture with Visy after buying a stake in another packaging company, Glamapak. After 10 years, Visy bought Wheeler’s 50% stake and he was back in the fold.

Family companies love insiders because they understand the “DNA” of the corporate culture, says the CEO of Family Business Australia (FBA), Philippa Taylor. “Some of our members document the history of their company, and that forms a key element of induction training. They see it as crucially important. If you ask family businesses about their culture, they say, ‘it is the way we do things around here’.”

But this can also be a risk of insider appointments. Outsiders can represent a challenge to decades of family thinking. Insider appointments may become “cronies”, appointed to maintain the status quo. Especially those who are close to the family can give the appearance of bringing in change without the risk of it really happening. Not that this will be a case with Visy, necessarily.

In the two years that followed the company scandal relating to charges of cartel pricing, Visy did put an outsider – John Murphy – in charge. He was there for two years.

Betwixt and between – in a good way

Anthony Pratt’s move to appoint Wheeler is in some ways typical of a new generation of leadership keen to stamp the family business with their own style of leadership and strategy.