Vodafone’s pricing backflip: Why do leaders change their minds? 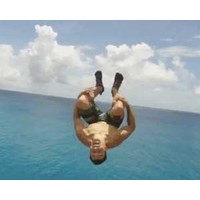 Vodafone has changed its mind. The telecommunications company decided not to introduce new data charges for prepaid customers. It had planned to lift data rates from a per-kilobyte rate to a per-megabyte rate, claiming the price rise was needed to invest in its network, according to newspaper reports.

Network issues – namely limited and unreliable coverage – have been an issue for Vodafone, which has lost 700,000 subscribers since early 2011, according to The Australian Financial Review. However, Vodafone customers are not willing to pay now for better service later.

The backflip is a humiliating one, with the company left looking like it is in a panic and making kneejerk decisions. Is there sense in Vodafone’s reversal, and would the company have been better off if it had stuck to its guns?

James Mason, managing director of coaching company, Mindshop, says: “When most people are making robust decisions, they bring in four or factors, and they give different weights to them, and then run their various options through a filter of whether it is good for customers and good for the company.

“With kneejerk reactions, decision makers are more looking at the options directly: what is going to be politically best.”

Paul Harrison, a senior lecturer at Deakin University’s Graduate School of Business, says Vodafone’s approach to marketing is unsophisticated, and sales driven rather than focused on service. However he says the whole telecom industry is sales driven and, since customers are locked into long contracts to pay for their phones, the sales focus makes some sense.

“The trade-off for Vodafone is that if it has lots of customers now, it doesn’t matter because they have them for long time,” he says. “Low pricing is a great way to reduce people’s perceived risk. We are always trying to reduce risk and so, if the price is lower but not ridiculously low, we think maybe they are as good as Telstra.”

This is not the first time Vodafone has backed down on a price hike. Pricing expert, Jon Manning, CEO of Pricing Prophet, says: “They did this before when they were the only telco with no flagfall [minimum charge per call]. They sent a message to all customers saying we are introducing a 25-cent flagfall and immediately saw customers churning. So they sent out another SMS, saying ‘We have listened and we are only introducing a flagfall of only 20 cents’. That was legal price signalling: signalling a change of price to see what their customers and competitors would do.”