Warren Buffett: How the rowboat beat the ocean liner 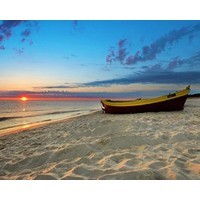 “Tom Murphy and Dan Burke were probably the greatest two-person combination in management that the world has ever seen or maybe ever will see.” — Warren Buffett

In speaking with business school classes, Warren Buffett often compares the rivalry between Tom Murphy’s company, Capital Cities Broadcasting, and CBS to a trans-Atlantic race between a rowboat and the ocean liner Queen Elizabeth 2, to illustrate the tremendous effect management can have on long-term returns.

When Murphy became the CEO of Capital Cities in 1966, CBS, run by the legendary Bill Paley, was the dominant media business in the country, with TV and radio stations in the country’s largest markets, the top-rated broadcast network, and valuable publishing and music properties. In contrast, at that time, Capital Cities had five TV stations and four radio stations, all in smaller markets. CBS’ market capitalisation was 16 times the size of Capital Cities’. By the time Murphy sold his company to Disney 30 years later, however, Capital Cities was three times as valuable as CBS. In other words, the rowboat had won. Decisively.

So, how did the seemingly insurmountable gap between these two companies get closed? The answer lies in fundamentally different management approaches. CBS spent much of the 1960s and 1970s taking the enormous cash flow generated by its network and broadcast operations and funding an aggressive acquisition program that led it into entirely new fields, including the purchase of a toy business and the New York Yankees baseball team.

CBS issued stock to fund some of these acquisitions, built a landmark office building in midtown Manhattan at enormous expense, developed a corporate structure with 42 presidents and vice-presidents, and generally displayed what Buffett’s partner, Charlie Munger, calls “a prosperity-blinded indifference to unnecessary costs”.

Paley’s strategy at CBS was consistent with the conventional wisdom of the conglomerate era, which espoused the elusive benefits of “diversification” and “synergy” to justify the acquisition of unrelated businesses that, once combined with the parent company, would magically become both more profitable and less susceptible to the economic cycle. At its core, Paley’s strategy focused on making CBS larger.

In contrast, Murphy’s goal was to make his company more valuable. As he said to me, “The goal is not to have the longest train, but to arrive at the station first using the least fuel.” Under Murphy and his lieutenant, Dan Burke, Capital Cities rejected diversification and instead created an unusually streamlined conglomerate that focused laserlike on the media businesses it knew well. Murphy acquired more radio and TV stations, operated them superbly well, regularly repurchased his shares and eventually acquired CBS’ rival broadcast network ABC. The relative results speak for themselves.

The formula that allowed Murphy to overtake Paley’s QE2 was deceptively simple: focus on industries with attractive economic characteristics, selectively use leverage to buy occasional large properties, improve operations, pay down debt and repeat. As Murphy put it succinctly in an interview with Forbes, “We just kept opportunistically buying assets, intelligently leveraging the company, improving operations and then we’d … take a bite of something else.” What’s interesting, however, is that his peers at other media companies didn’t follow this path. Rather, they tended, like CBS, to follow fashion and diversify into unrelated businesses, build large corporate staffs and overpay for marquee media properties.

Capital Cities under Murphy was an extremely successful example of what we would now call a roll-up. In a typical roll-up, a company acquires a series of businesses, attempts to improve operations and then keeps acquiring, benefiting over time from scale advantages and best management practices. This concept came into vogue in the mid- to late 1990s and flamed out in the early 2000s as many of the leading companies collapsed under the burden of too much debt. These companies typically failed because they acquired too rapidly and underestimated the difficulty and importance of integrating acquisitions and improving operations.

Murphy’s approach to the roll-up was different. He moved slowly, developed real operational expertise and focused on a small number of large acquisitions that he knew to be high probability bets. Under Murphy, Capital Cities combined excellence in both operations and capital allocation to an unusual degree. As Murphy told me, “The business of business is a lot of little decisions every day mixed up with a few big decisions.”