We were wrong: IMF report details the damage of austerity 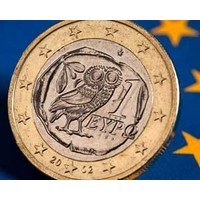 In a rare about-face, the International Monetary Fund this week admitted that it grossly underestimated the impact of the austerity regime it advised Europeans to adopt.

A paper authored by IMF chief economist Olivier Blanchard found that every dollar that governments cut from their budgets actually reduced economic output by $1.50.

The IMF forecast originally that economic activity would be reduced by only $0.50 for every $1 fiscal spending cut. Now this is not the IMF’s official position, mind you. But Blanchard, as chief economist, makes the IMF look shame-faced. Indirectly, at least.

Predictably, this has given considerable ammunition to critics of the bitter austerity prescription that has characterised European governments’ fiscal policies.

Economics is known as the dismal science. But for the IMF’s critics, this egregious forecasting error — upon which so much policy advice was built — is more than a crime. It’s a mistake.

Go forth and multiply

How did the IMF get it so wrong? Multipliers. Specifically, the wrong ones.

Although the 18th-century physiocrat, Quesnay, formulated the basis of multipliers in economics, John Maynard Keynes is generally credited with the conceptual modernisation and application of the “multiplier effect”. Briefly, every dollar that’s spent increases aggregate demand, as that same dollar is spent again and again and again. It’s this fiscal multiplier that the IMF employed to measure the likely effect of budgetary spending cuts.

To understand multipliers, here’s a brain teaser for you. Imagine we’re in the 19th-century equivalent of Fawlty Towers.

His Lordship arrives at a hotel and requests a room.

But the man wants to see the room first. He puts his coat in the cloakroom and goes upstairs to take a shufty. While he’s gone, the manager steals £5 from his wallet. He then runs down the street and pays off the, er, lady of the night, to whom he owes five quid.

Said lady then hoofs off to the butcher’s to pay off her £5 worth of sausages. The butcher, in turn, heads over to the baker, where his account is in arrears to the tune of a fiver. The baker pays his £5 to the milkman. And the milkman heads to the hotel to pay the manager the £5 he owes on the room he rented there the last time he met up with the shady lady.