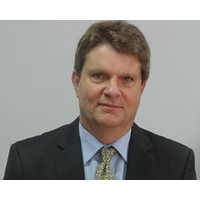 Eighty-year-old manufacturer Oldfields will emerge from life support thanks to a deal with Westpac Bank that will allow the listed company to buy back $10 million worth of debt for just $5 million.

The deal, which is contingent on Oldfields completing an equity raising to fund the $5 million debt repurchase, will allow the company – which has a market value of $4 million – to trim a debt load that remains above $14 million.

Oldfields chief executive Chris Giles says the company has worked with Westpac for the last three years to get what is clearly an unusual resolution.

“They like the story, they see that we are doing the right thing and we are trying to resurrect a business that has been around for more than 80 years,” he says.

Oldfields has started the process of talking to brokers and shareholders about the equity raising and while Giles describes the reaction of shareholders as “guarded”, the company is confident they can get the raising away.

Oldfields is best known in Australia as a maker of paintbrushes and other painting equipment. It also has a scaffolding division that supplies the building sector, and a garden shed division.

Giles, who took over as CEO in March after managing the company’s scaffolding division, says Oldfields’ problems started in 2007, when a series of ill-timed acquisitions “didn’t quite fit the business strategically” and plunged the company into debt. The arrival of the GFC, which hit the building sector particularly hard, compounded the problem.

“It’s was just a badly-timed expansion plan. I think the business just basically over borrowed,” says Giles, who arrived at the company in 2010.

With much of its working capital tied up financing its debt, Oldfields has been forced into rounds of cost-cutting and asset sales – including offloading the businesses it bought just before the GFC.

Giles says the equity raising and the debt repurchase will allow the business to start using its working capital for growth rather than survival.

“I would say we are out of the danger zone. One thing this business has lacked is investment in the business itself.

“This will free us up and give us the ability to look at opportunities. Unfortunately at the moment, new products and new developments are a ‘love to have’, but ‘not just yet’.”

Giles says much of his focus in the turnaround has been on the company’s internal culture. He has brought in new staff and invested in incentive, training and recognition programs.

“We’ve now got a better blend of short and long-tenure employees. Everyone has really embraced the change. I think people can see progress being made.”

The company has also upgraded its packaging, brought all products under the Oldfields brand and will soon start a small marketing campaign in order to complete the revitalisation process.

“We forgot about our core customers to a large degree – that was probably because of the financial position we were in – but we are reconnecting with them,” Giles says.

“Oldfields is an iconic brand, but it you are under 50, you probably haven’t heard of us – and we want to change that.”