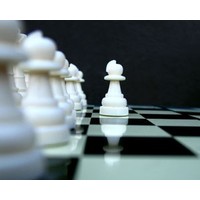 Across the financial services, retail and energy sectors, dramatic changes to markets and business models are underway, and many leaders are changing business strategy in response.

Westpac CEO Gail Kelly is one. For decades banks have battled for the biggest share of the home loans market; now the battle is shifting to getting customers’ deposits, Kelly announced yesterday along with the bank’s results: a 25% fall in new profit.

Such shifts are fraught with risk. “When changes fail, it is often because the leadership does not have a clear understanding of why the changes need to be made. There are too many assumptions,” Rothschild says. “The kind of question you are asking is what are the markets you are servicing, who are the customers and who are the partner networks?”

“It is about being clear what the strategic imperatives are, the ‘must-win’ battles. It is very important that the whole leadership team have a clear story about what the implications are for everyone, not only internally, but also for customers, and why that is so important.”

Many companies have been too slow to respond because they are not sure if the market shifts are permanent: will the dollar fall, will the cost of overseas funds reduce?

Rothschild says volatility is now a reality of all markets. “We are seeing volatile market conditions causing people to rethink their business models, and we don’t see that it will get less volatile. Creating more agile organisations is increasingly important across all industries.”

The directors of Changeworks Consulting – Roz Rapke, Denise Wright and Melinda Waters – work with major financial service companies, and others, on getting change right, sometimes over many years.

Rapke was once a Westpac employee, where she helped integrate the Bank of Melbourne in the 1990s. She stresses the importance of communication. “There is no doubt about it, Gail [Kelly] has done this a number of times,” Rapke says. “She will have strong emphasis on determining who are the high impact, medium impact and low impact stakeholders, and then develop a communications focus that targets that requirement. The high impact group are kept much closer, with much more intense communications of a consistent message through a variety of channels.”

High impact stakeholders are involved whenever possible in decision-making, developing the right messages for customers, and the most appropriate education for affected staff, Rapke says.

Rapke suggests the use of “change champions” – expert communicators who are embedded in the affected divisions or nominated from existing staff. “They might be local representatives, not always senior, but they are at a good level to speak to people,” Rapke says. “They have a brief and a role, and like a communications army, it becomes a well-oiled machine.”

The next critical step in change is often missed, Rothschild says, putting the process at risk the whole process, and certainly slowing it down.

“We see a lot of organisations jump into changing the structure to accommodate the new strategy,” she says. “They miss the middle step, which is to be clear about how power will shift. This is the shift to the operation model: who is going to be calling the shots, what processes need to be change, what are the activities that need to be different… Doing that work that helps you to translate that into the structure.”

Rothschild says this includes looking at who “owns” the customers, well before you start to look at the people in the individual “boxes” that determine the new structure.

Change is faster when this step is done. “That makes a huge difference for change to be made quickly. It is in those processes that people can get frustrated with change. For example, leaders might overlook a change to customer relationship management.”

There are two regrets expressed by those experienced in change management, Rothschild says: “When people look back and say what would I do differently – they say, I would have communicated more often and been more clear about why we are doing the change.”