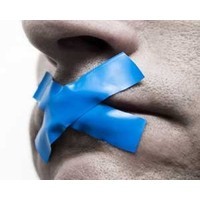 I woke up this morning and after a coffee, switched on my computer to check what was happening in the Twitterverse.

Instagram, you might remember, was purchased earlier this year by publicly-listed Facebook for a billion dollars. Along with Pinterest, the brand is an emerging superstar of the social media world, notching up 100 million registered users in an amazingly short time.

So what was happening with this (one-time) darling of the social web? Is the influence of Facebook’s purchase of the brand starting to play out negatively?

Long story short, Instagram announced on its blog yesterday forthcoming changes to its privacy policy and terms of service. What caught the eye of Instagrammers was a rule that many interpreted as plans by the company to sell members’ photographs to third parties, such as advertisers, royalt-free.

The backlash was swift and loud, with many Instagram users taking to Twitter to voice their disapproval. It didn’t take long for the media and blogosphere to join the fray.

Prominent Sydney blogger and social media thought leader, Gavin ‘Servant of Chaos’ Heaton, said that in making this move, Instagram was sounding its own death knell. Heaton has since posted a follow-up article after Instagram moved to clarify its intentions, saying the photo-sharing platform doesn’t want people’s pictures; it wants their influence.

Company co-founder, Kevin Systrom, wrote several hours ago on the brand’s blog that Instagram had no intention of selling users’ photos.

He wrote: “Legal documents are easy to misinterpret …. we are working on updated language in the terms to make sure this is clear.”

This post isn’t about the changes Instagram is (or isn’t) making. It’s about how the company announced the changes, and what companies can learn from how it was handled.

Here are four lessons I’ve gleaned from the Instagram fiasco:

1.  Use plain English to explain “legalese”. In originally making the announcement, Instagram gave scant information and pointed people to the terms themselves. As much as lawyers will have you believe otherwise, legal jargon is not user-friendly; legalese doesn’t work from a communications perspective and it breeds mistrust. By all means have overly-complex terms and conditions, but explain them up front, in plain English.

2.  Include influencers and fans of your brand in major decisions. No one likes change, especially if you’re a “new-school” brand with millions of fans. This might not be possible in all cases but from a PR perspective, it’s often a smart move to discuss your intentions with influencers such as bloggers, if not the fans themselves. Let them know what you’re thinking, what you’re planning – get their feedback and generate some open discussion around the subject. I believe Instagram could have done this, but its management chose not to.

3.  Be more open and human in making the announcement. It’s one thing to put out a press release or write a blog post; it’s another to communicate changes in a more open, friendly and accessible manner. Instagram would have benefited had co-founder Kevin Systrom recorded a simple video explaining the changes and posted it to YouTube (and on the company blog).

4.  Listen and respond – quickly! While it could have handled the issue much better in the first place, to Instagram’s credit it listened to the wall of outrage that was building up around it and Systrom, using the company blog, came out and allayed the public’s fears, thus hopefully for Instagram mitigating any damage caused to the brand (Lesson 4a: your company needs a blog!)

In short, be open and upfront, be accessible with your language and have your own established media channel (eg a blog) in place BEFORE you need it!