How to respond to the falling ASX 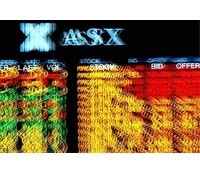 Yesterday’s 0.4% fall in the ASX200 capped off a horror month on the bourse.

Many executives will say they don’t pay close attention to their company’s share price.

Robbie Cook, Wotif managing director and CEO, tells LeadingCompany he can’t be too fixated on what the sharemarket is doing.

“I don’t spend my day peering at my screen,” he says.

However, a long-term rise or fall can prompt significant challenges for a company’s management.

It’s no coincidence that since the global financial crisis and the ongoing global malaise following it, there has been a noted rise in shareholder activism both worldwide and in Australia.

When the value of investors’ holdings is rising, concerns about the direction and competency of a company’s management don’t seem so urgent. This changes when things go south.

Overseas, unhappy shareholders have had some high-profile wins. Shareholder pressure at Yahoo has claimed the scalps of both CEO Scott Thompson and director Patti Heart, and at UK insurance giant Aviva, shareholders forced out CEO Andrew Moss by voting down his pay packet.

How to keep shareholders on side? Share buybacks can make you popular, as can buying up the stock yourself.

2) It cuts into the pay packets of executives

For executives who receive their wages in options, a falling market, and the likely effect on their company’s share price, can severely cut into the value of their pay packet.

Options are the ability to buy a company’s shares at a set price sometime in the future. Granted to executives, they’re intended to align their incentives with those of the investors. If the share price rises above that price for the shares given by the option, executives can buy shares on the cheap and sell them on for a tidy profit.

A falling sharemarket undermines this dynamic. Through no fault of their own, executives may see the potential gain from their options drying up before their eyes.

Clever executives can push to change the composition of their packet, though staying option-heavy can help convince shareholders they’re in it for the long haul.

3) It cuts into the wealth of executives

For company executives who hold a large part of their personal network in shares in the companies they run, a falling market means falling net worth.

This is a significant concern, particularly for company founders who tend to hold large share holdings.

Over the past year, the Fukishuma nuclear disaster and the resulting movement away from nuclear power has cost John Borshoff at Paladin Energy 64.6% of the value of his shareholdings. His shares were worth $38.7 million, down from $109.4 million a year earlier.

While very few executives are likely to see such a large decline in their wealth, a falling sharemarket saw the total wealth of returning members of the BRW Executive Rich list fall 7% in 2011.

The consolation? The All Ordinaries fell 14% in the same time, proof that savvy executives do find ways to minimise their own losses.

Another management challenge; a falling sharemarket can often prompt concentration in industries, as merger and acquisition activity becomes more attractive.

Cheap companies are easily acquired by private equity, competitors or other investors. Selling their shares can be a good way for shareholders to recoup some of their lost wealth, and it can take all the charisma and negotiation of a company’s management to stop a hostile takeover. While most hostile takeovers fail, Spotless was recently sold off to private equity against its management’s wishes.

Of course, this isn’t always a bad thing. Companies can prepare for this by sparking a bidding war. For example, Hastings Diversified Utilities Fund is currently fielding offers from both consortium Pipeline Partners Australia and APA group.

Some companies welcome being bought out, recognising the opportunities this can bring. Industrea was recently approached by GE. While shareholders have yet to approve the deal, CEO and managing director Robin Levison told LeadingCompany he was delighted with the offer.

As always, bad times present opportunities for the well-prepared and the lucky.

For cashed-up companies, a falling sharemarket can be the ideal time to acquire other companies.

The ASX is reportedly in talks to buy share registry Link Market Services, while commodities titan Glencore is seeking to acquire both grain company Viterra and iron miner Xstrata.