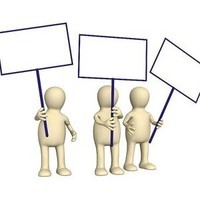 The Facebook group, Sack Alan Jones, has 20,000 “likes”, although many may be from “slactivists”.

But how many company board members have any idea what that means, and whether and why it matters?

For the Macquarie Radio Network – which owns the 2GB station where shock jock Alan Jones recently insulted the Prime Minister, Julia Gillard, and raised the ire of the general public in the process – it means about $80,000 a day in lost advertising. The station removed all ads from Jones’ breakfast show to stem a flood of advertisers publicly disassociating their products from Jones.

Macquarie Radio chair, Russell Tate, believes most boards are ill-equipped for the kind of negative social media campaign Macquarie has faced, according to a report in The Australian newspaper.

“Boards are not well prepared,” he told the paper.

Elizabeth Proust, a director of Perpetual Trustees and Nestle Australia, says the directors she knows are well aware of social media risk. “I can only speak for my boards, and I think we are educated about social media,” she says. “Good boards look at all the risks they run – regulatory, fraud, anti-corruption and social media. Increasingly, boards are aware of social media.”

Nestle cancelled contracts with Sinar Mas after an online campaign about the environmental damage caused by its major palm oil supplier, but remained under a sustained online campaign from sceptical consumers and activists. Says Proust: “You only need to have that experience first-hand, or second- or third-hand, to realise this is the world in which we operate today.”

Proust says boards are not responsible for taking action in the case of a social media attack. “The board’s role is to make sure policies and procedures are in place. It is very much a management issue to respond.”

The Australian Institute of Management runs a wide range of leadership courses, some of which include a social media component. It is an area of increasing importance to leaders, AIM’s CEO, Susan Heron, says: “Social media is a new phenomenon, and it probably hasn’t been comprehensively understood. Some boards and management are a bit dislocated from the issues.”