What to do when your white knight walks away 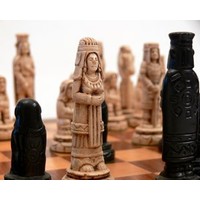 Companies in trouble often look for an outside investor as a way to lend credibility and capital to their turnaround efforts. But if a potential investor walks away during the due diligence process, things can go from bad to worse.

At 2.30am on March 9, Gunns CEO Greg  L’Estrange was advised the Richard Chandler Corporation was walking away from an offer to buy a 40% stake in the company, subject to due diligence. On Tuesday, Gunns conceded that it had probably failed to meet the Chandler Corporation’s “social licence” criteria – meaning that in Chandler’s view, the pulp mill lacked crucial community and political support.

Experts in turning around troubled companies say this leaves companies such as Gunns in a difficult position. However, the timber company has reported good news, including asset sales and new investor interest. Both are important strategies in recovering from an investment disappointment.

The woes of Gunns Limited (ASX: GNS) have been well publicised. The pulp and paper milling company operates in an industry with a poor environmental record and the antics of Gunns’ former executive chairman, John Gay, didn’t help. After taking an aggressive stance with opponents of the company’s plans, Gay was charged in December with insider trading, having sold $3 million worth of Gunns shares just months before the company revealed a 98% fall in half-year profits.

Despite improvements in its social and environmental practices since Gay left, Gunns has so far failed to lock in investors. The company is $580 million in debt and looking for a joint venture partner for its controversial pulp mill in Tamar Valley in Tasmania. Company shares have plunged more than 70% in the last year. Before Gunns asked for a trading halt following the news about Chandler losing interest, its shares were trading at 16c.

The announcement on February 8 this year that the Singapore-based Chandler corporation had approached Gunns, proposing to buy almost half the company for $150 million, promised a new start.

It wasn’t just because of the money. Richard Chandler is no run-of-the-mill investor. The Kiwi billionaire wrote a paper last year outlining his methods and goals as an ethical activist shareholder. “Investors have an important role in ensuring accountability by company management for their financial and ethical performance,” he wrote. “Responsible investors will engage corporate governance issues where they encounter them, as an intrinsic and necessary component of professional investment management.”

Chandler has bought into timber companies before, and has a record of pushing for change in the struggling companies he invests in.

In the middle of 2011 he became one of the largest shareholders of Sino-Forest. The Canadian-listed company runs timber plantations in China, and weeks after Chandler bought in, its shares plunged following revelations it had fabricated a wood-chipping operation and overstated the size of its timber holdings in China. Chandler is now agitating for the removal of key executives at Sino.

When announcing its potential investment in Gunns, the Richard Chandler Corporation outlined several principles it was considering as part of its due diligence.

Chief among them was gauging the degree of “social licence and broad-based community support” for the company, as well as “conservative debt levels that foster long-term financial stability”.

“The Richard Chandler Corporation notes the progress that Gunns Limited has made in some of these areas in recent years,” the company said in the statement.

The four-week diligence period involved meetings with a variety of stakeholders, including environmental activists opposed to Gunns’ Tamar Valley mill. It is believed such meetings are what caused the Richard Chandler Corporation to withdraw its offer.

Martin Green, a principle at insolvency firm BRIFerrier, says the withdrawal of a white-knight investor such as Chandler can have devastating effects for listed companies.

“Companies these days are very public in having to keep the market informed,” he says

“It’s not something you can say didn’t work out and walk away from easily. You have to go out there and announce it, and in those circumstances it can be quite devastating.”

“As a matter of public record when a major financier walks away from any deal, people ask why.”

Sometimes, Green says, the reasons a deal doesn’t work out have nothing to do with the listed company. The financier’s circumstances may change, or they may change their mind for other reasons.

Asked how companies can deal with investors pulling out, especially in companies already facing difficult times, Green says companies often simply have to ride it out.

“I think it’s very difficult,” he says. “Companies have to keep the market properly informed… you can’t avoid or get around it.”

Cliff Sanderson, CEO of company liquidator Dissolve, says if a company is close to insolvency [which Gunns is not], losing a key investor it had expected to secure can result in a company trading while insolvent.

“Most companies that aren’t travelling well will look for a white knight,” he says.

“When a company is travelling pretty close to the wall… if [the investor] disappears the directors have to be concerned about the insolvency trading laws. If the company is insolvent and you continue to incur new debts, you are personally liable for that.

“It’s all about reasonable expectation, and unfortunately the case law on what is and isn’t insolvency is huge,” Sanderson says.

“If you lose your investor and needed their financing, you’ve got to go back to operational stuff: either shelve projects or look to cut costs.”

Gunns responded to the loss of Chandler’s offer by instigating a trading halt as it looked for other equity partners. Yesterday’s statement said it would update the market on March 26.

It has completed the first stage of its Green Triangle forest estate, injecting $120 million into its coffers. L’Estrange told the Australian Financial Review the funds would be used to pay off the banks.

And yesterday, the same newspaper reported it believed Gunns had received a number of approaches from large institutional investors.