What next when strategies come unstuck? 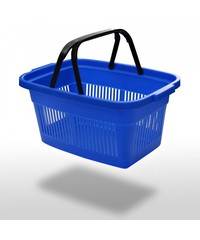 CEOs are paid the big bucks to come up with a strategic vision for an organisation, and turn the cards they are dealt into shareholder wealth.

In 2002, you didn’t need to be a high-flying Ivy League MBA graduate to realise the impact eBay and Amazon were likely to have on retail trade in Australia. Newspapers across the country were full of articles extolling the ease of setting up online businesses, and the opportunities surrounding making money online.

A decade later, the Australian Retailers Association is now fixated on the $1000 import threshold for GST, claiming that it spells doom for Australian retailers competing in an online environment.

Given its status as the peak industry body, you might expect a logical argument to support its case for government support.

The ARA instead presented this important finding: “Research suggests Australians shopping online would prefer to buy from Australian websites, not least because the goods purchased from these sites are subject to Australian consumer law and the consumer has opportunity for redress just like any regular transaction.”

In a further blow to the ARA’s argument, research published by Canstar Blue in July indicated that for online department store purchases, 71% of Australian consumers opted to use a local website instead of an international one when buying online.

International websites, as well as Australian businesses such as Kmart, Myer, oo.com.au, and Dealsdirect, were included in the research.

Slow delivery times were cited by consumers as the key factor preventing repeat business with an online retailer. Australian online retailers can offer next-business-day delivery if desired – an impossible dream for foreign retailers.

In other words, Australian retailers have very significant competitive advantages when selling their products online to Australian consumers. These advantages are likely to greatly outweigh the price difference created by the GST.

The challenges facing retailers in Australia are unfortunately quite real, and the constant whining about the GST simply distracts retail leaders from strategic bottom-line issues. The continuing problems caused by rapid shifts in exchange rates, price deflation, and tighter debt financing for both businesses and consumers have seen even the largest retailers struggle.

The recent problems facing Billabong are just the latest in a long line of strategic blunders by leading Australian retailers.

Of course, the retail industry is not the only sector under pressure from the internet. A major shakeup of the Australian media is under way, with News Limited gobbling up more Australian media assets, and Fairfax retrenching staff. Rather predictably, this led to an outpouring of demands that government “protect” jobs and more heavily regulate the media.

The internet did not suddenly become important in 2011. It has been a driving force behind worldwide business disruption and change for the last decade. As many shareholders of Australian media and retail companies are perhaps now realising, a timid approach to change can easily turn out to be the highest-risk strategy.