When TED lost control of its crowd 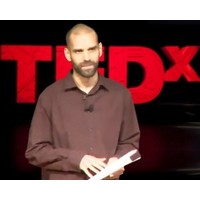 No, this is not a snippet from the latest Quentin Tarantino film. It’s Stanford University professor Jay Wacker responding, on the Q-and-A site Quora, to the now-infamous TEDx talk ‘Vortex-Based Mathematics’.

A member had posed the question, “Is Randy Powell saying anything in his 2010 TEDxCharlotte talk, or is it just total nonsense?”

Wacker, a particle physicist, was unambiguous: “I am a theoretical physicist who uses (and teaches) the technical meaning of many of the jargon terms that he’s throwing out. And he is simply doing a random word association with the terms. Basically, he’s either (1) insane, (2) a huckster going for fame or money, or (3) doing a Sokal’s hoax on TED. I’d bet equal parts 1 and 2.”

Powell’s talk had been given in September 2010, at what was one of numerous local TEDx gatherings spun off by TED, a non-profit that puts on highly respected global conferences about ideas. But the talk went relatively unnoticed until the spring of 2012, when a few influential science bloggers discovered it – and excoriated it. By August the uproar had gone mainstream, as other questionable TEDx content was uncovered.

The TEDxCharlotte talk, which had received tremendous applause when delivered, was one of thousands produced annually by an extended community of people who neither get paid by nor officially work for TED but who are nonetheless capable of damaging its brand.

When it was founded, in 1984, TED (which stands for “Technology, Entertainment and Design”) brought together a few hundred people in a single annual conference in California. Today, TED is not just an organiser of private conferences; it’s a global phenomenon with $45 million in revenues.

In 2006, the non-profit decided to make all its talks available for free on the internet. Three years later it decided to further democratise the idea-spreading process by letting licensees use its technology and brand platform. This would allow anyone, anywhere, to stage local, independent TEDx events. Since 2009, some 5000 events have been held around the world. (Disclosure: I spoke at the main TED event in February this year.)

The benefits of open innovation are clear. Yet many companies still worry about an approach that involves sharing power with many. Openness is indeed risky. TED’s army of volunteers has extended its reach to more than 130 countries. But because TED allows nearly anyone to contribute, it no longer completely controls its content or its brand.

Leaders might wonder whether the rewards of openness are outweighed by its risks – especially when they have a public company to run. To gauge the trade-offs, you first need to understand that “open” does not mean “easy” or “free”. Second you need to know how to get a crowd working with you and not against you. That will mean adopting new practices: listening harder, aligning through shared purpose and opening your organisation in the ways that matter.

Crowds will organise themselves far faster than you could manage, which is great when they’re holding events for you around the world, but not so great when they’re setting up ones that feature “experts” in pseudoscience topics like “plasmatics” and crystal healing, both of which were presented at TEDxValenciaWomen in December 2012. That conference was described by one disappointed viewer as “a mockery … that hurt, in this order, TED, Valencia, women, science and common sense.”

Two months earlier, in October 2012, TED had removed Powell’s “Vortex-Based Mathematics” video and had begun to respond to public concerns about that particular talk on a few influential websites like Quora. But those small steps did not address the fundamental problem: The TED name had become associated with bad content.

TED’s leaders had to start “listening loudly” – engaging in a dialogue through a variety of public forums to understand what had gone wrong and to learn how to fix it.

As soon as Emily McManus, the editor of TED.com, waded into the blogosphere, the tension started to subside. Through posted exchanges on the NPR, CNN and Los Angeles Times websites, and on Slate, Quora, BuzzFeed and other online venues, she reached out to 100 different communities.

By communicating publicly, TED achieved two things. One was to signal that it was paying attention to people’s concerns. But more strategically, TED learned about a systemic problem that demanded a broad solution.

You can’t “manage” a crowd through transactional exchanges or economic incentives. You need something stronger: shared purpose.

Of course, cash-strapped non-profits and similar organisations have used the power of higher causes to align and motivate people for years. Businesses have begun to do so only recently. But shared purpose is now integral to how people create value, especially through the crowd. And TED’s experience again offers some useful lessons.

To get its crowd recommitted to the objective of “ideas worth spreading”, the TED team sent a lengthy letter to the TEDx community reminding members that the organisation’s mission was theirs to uphold. While elements of the note are clearly transactional (“Presenting bad science on the TEDx stage is grounds for revoking your license”), the bulk of it is instructional: a definition of pseudoscience, a list of common red flags and examples of topics best left untouched.

The letter explained in much greater depth than ever before what type of content TED considered appropriate. The message was clear: Spreading important ideas was the shared purpose, improving quality was a shared problem and it would take a shared effort to fix it.

Be open in the ways that matter

Because the events described here happened in a public court, not in private, you might infer that an organisation applying the ethos of openness must be fully open. But that’s not true. For the strategy to work, what needs to be open should be open, but other parts of your organisation can remain closed.

Indeed, open as TED is, pieces of its ecosystem are highly managed. For example, while 25,000 TEDx talks have been produced so far, as of the time of this writing only 228, or approximately 1% – the best of the best – had made it to TED.com for broad-based distribution and endorsement.

Even though management experts have long argued for looser organisational models and against command-and-control leadership, most executives are still ill equipped to manage crowds. As humans, we want to be perfect and in control.

But crowds – and the community constructs we’re talking about – are not about flawless execution; they are about allowing anyone to contribute and gathering a large volume of potentially powerful ideas from which to pick the best.

Nilofer Merchant is a corporate director of one public and two private firms, and the founder and former CEO of Rubicon. She’s the author of “11 Rules for Creating Value in the Social Era.”