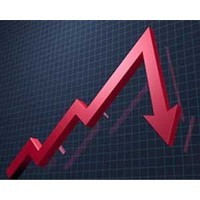 The thoughts echo the sentiments expressed earlier in the week by his former colleague and Greens leader, Christine Milne who also endorsed Moylan’s actions as being “part of a long and proud history of civil disobedience, potentially breaking the law, to highlight something wrong”.

Milne is of course right: Moylan has highlighted “something wrong”. But whether or not he broke any law, he certainly did something that is ethically wrong for a number of reasons.

First, Moylan engaged in identity theft by creating a false identity for ANZ Bank and then falsely impersonating one of the ANZ employees. Stealing someone else’s identity for whatever misguided reason for whatever ends is ethically wrong. One can reasonably presume that neither Milne nor Brown would appreciate having their own virtual identities stolen and misused to embarrass them or damage their personal or political reputations, for that would also be ethically wrong.

Secondly, Moylan engaged in information corruption. He purposely used false information (disinformation) to corrupt the integrity of the digital informational environment. This is the environment whose reliability and trustworthiness we all rely on to conduct our legitimate informational transactions, for travel, education, sport, play, politics, health, finance, socialising, shopping and the whole web of our activities as citizens of a modern democratic capitalist state.

That Moylan, a self-described environmentalist, chose to corrupt that environment is ironic and paradoxical. For the informational environment, our shared infosphere is just as valuable and indispensable as our natural environment.

It is equally worthy of protection from misinformation pollution and vandalism by so-called “activists” willing to undermine its integrity in order to advance their own ideologies whether the rest of society agree with them or not. Along with many other people I am personally sympathetic to Moylan’s concerns about the impact of greenhouse gases on the natural environment.

However, the use of unethical and nefarious means destructive to the integrity of our informational environment to promote concerns about the natural environment is not justified.

Instead we should welcome and engage in open, transparent and rational debate and action on how to tackle this complex issue, rather than engage in informational disinformation and vandalism, that does no one any good. Moylan’s action is ultimately self-defeating and as such not only ill-conceived and irrational, but also because of its destructiveness to our informational environment, unethical and grossly irresponsible.

In his article, Bob Brown seeks to indirectly justify Moylan’s hoax through the use of an argument from analogy. He refers to a number of historical and venerable examples of civil disobedience such as Gandhi, Mandela, Martin Luther and Jesus Christ.

No doubt all good examples of right action inspired and guided by right thinking. The problem with arguments from analogy, however, they only work when the analogy they draw on is accurate and apt. But that is not so in the case of Moylan.

For the venerable fathers of civil disobedience listed by Brown only engaged in just and ethical acts that were not intentionally harmful to others or the common good which they sought to promote. If their acts were harmful at all they were primarily harmful to themselves. Moylan’s actions by contrast are harmful to all of us who rely on the integrity and trustworthiness of the informational environment. We are not only biological beings but also and increasingly so, informational beings. When the informational environment is harmed we are also harmed.

Brown concludes his article with the foreboding words that “in Australia in 2013, while Whitehaven’s mine will help cost us the Earth, it is Moylan’s actions which have excited outrage and may cost him his freedom”. Well the Earth in Australia 2013 and for the foreseeable future also comprises the informational environment on which our civilisation depends, for better or worse, for its survival and continuous evolution and advancement.

In terms of our collective wellbeing the infosphere is no less important and precious to us than the natural environment. Polluting that environment with false information corrupts and undermines its integrity and undermines public trust in its reliability. As such, Moylan’s act was an act of uncivil disobedience that merits not the praise one expects at a nationalist socialist rally by unreflective and fanatical storm-trooping devotees but like all unethical acts that undermine the public good for misplaced self-serving ideologies, public condemnation and sanction.

Edward Spence is a senior research fellow at the ARC Special Research Centre for Applied Philosophy and Public Ethics at Charles Sturt University.