Who can fix the ‘middle-skills’ gap? 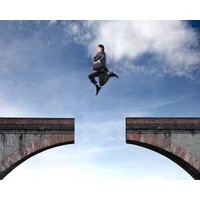 Three and a half years after the Great Recession, unemployment in the United States remains stubbornly high. Yet many employers still struggle to fill certain types of vacancies, especially for so-called middle-skills jobs that require postsecondary technical education and training and, in some cases, college math courses or degrees. Currently in the US about 69 million people work in middle-skills jobs, representing roughly 48% of the labour force.

This number is expected to grow substantially as more baby boomers retire. Shortages of workers for these types of jobs are already undermining US competitiveness and causing firms to shift their operations abroad. Figuring out how to train people to fill those well-paid jobs could help remedy the wage stagnation gripping the country and close the growing gap between high- and low-income households.

The big obstacle is execution. We think companies can and should take the lead in training workers to fill the middle-skills gap. Realistically, that can happen on a large enough scale only if business leaders co-operate with one another, unions and educational institutions, both regionally and nationally.

For most of the 20th century, people obtained marketable skills and achieved prosperity in one of two ways. The first was on the job. By promoting from within, firms enabled workers to progress to higher-level occupations. Unions negotiated career ladders that were linked to skills and seniority, and they joined employers at an occupation or industry level to host apprenticeship and other training programs. That system ensured an adequate flow of new talent equipped with state-of-the-art skills.

But as unions declined, so did apprenticeships, other union-employer training programs and promotion from within. At the same time, the kinds of skills needed by employers changed from incremental new ones that can easily be learned on the job to those that require advanced technical and behavioral skills that existing production and employment paradigms lacked.

The second path to skills acquisition was through college. Young people were told to play by the rules and major in a field that suited their interests and talents. But demand for people with liberal arts degrees has dropped sharply.

Consequently, the capacity of the US system to nurture midlevel skills is in decline, just as a shift to flatter, team-based structures is increasing the need for them and automation is reducing the demand for less-skilled workers. Nevertheless, forward-looking local initiatives are making progress in addressing the skills gaps in their regions. They embody at least one of the following attributes:

1. Multiple employers in the region or industry sector co-operate with one another and with educational institutions to design and fund initiatives and to train and hire graduates.

2. Classroom education is integrated with opportunities to apply new concepts and skills in actual or simulated work settings – an approach proven to be the way adults learn best.

Apprenticeships – the vast majority of which are at unionised companies and jointly run by unions and management – are the most trial-tested way for firms to address their current and future skills needs.

Completing a registered apprenticeship program pays off substantially for both workers and employers. The most recent studies estimate that graduates enjoy a $250,000 increase in lifetime earnings and that employers get a 38% return on their investment in the form of lower recruitment costs and a reduced need for expensive contractors. Employers also consistently report high satisfaction with graduates’ skills, performance and reliability.