Why Apple made the right call on Apple Maps 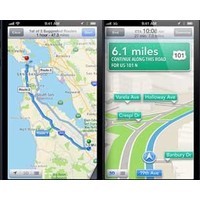 Mounting complaints over Apple’s brand-new mapping application, seen as a poor substitute for the Google Maps app it replaced, have tarnished the much-anticipated launch of the iPhone 5. The episode is a rare misstep for a company whose obsession with delivering outstanding product functionality is legendary. Indeed, CEO Tim Cook was even forced to issue a public apology for Apple Maps’ many bugs and flaws.

Behind this mis-mapping misstep is an even tougher criticism, voiced by the company’s most disappointed fans: that Apple is becoming arrogant and self-centred.

Is that fair? Apple is certainly known for its strong preference for internal innovation. Replacing Google Maps with its own mapping software, which relies on geographic data licensed from the Dutch firm TomTom, reduces Apple’s reliance on a competitor’s product. But it comes at a cost: damage to Apple’s customer-centric ethos. Maintaining strong customer relationships is essential for a company with millions of fans around the world. And decisions that risk damaging those relationships must be based on more than corporate pride.

Still, we believe Apple’s decision to develop its own mapping app was the right one, even though it has proven unpopular with customers.

As mapping functionality has become a key part of the smartphone user experience, the question of who controls this function has grown increasingly important. Smart firms increase (or decrease) their access to a given capability or resource – such as mapping functionality – as the strategic value of that capability or resources evolves. There is clear empirical evidence to back this up: In our recent study of roughly 150 firms in the telecommunications industry, we found that the more successful companies took an active approach to managing their capability and resource portfolios.

Apple’s switch to a new mapping partner and its greater investment in an in-house solution is forcing it to develop stronger internal and cross-border relational skills. Apple recently made a series of small acquisitions of online mapping companies – including Placebase in the United States, Poly9 in Canada and C3 Technologies in Sweden – all of which brought new skills to the firm. This in turn allowed Apple to create a new, cloud-based mapping app that, unlike Google Maps, can be shaped through repeated customer use. In fact, the shortcomings of the new mapping tool may even be a necessary, if unfortunate, by-product of the initiative: Reliability will improve as more people use Apple Maps and the software integrates these experiences into its functionality.

Such deep feedback will create opportunities to improve the new mapping software and functionality well beyond what would have been possible with Google Maps. And the potential long-term benefits of such crowdsourced initiatives will compensate for a few weeks of user complaints. In a very real sense, Apple is following in the footsteps of industry leaders like Microsoft, whose operating system and software upgrades regularly frustrate users by providing only partial integration with older products. That is because Microsoft actively seeks to create new products and functionalities that aren’t constrained by prior design choices.

It is difficult to know when and how to change your level of control over a critical resource – but making such a change is critically important. Existing relationships often generate strong inertia, both with resource suppliers and from expectations that your customers have about your products. Yet if you do not take the risk of a short-term hit to your reputation – while, of course, working hard to manage the damage during the adjustment period – you face the much greater risk of becoming obsolete.

Laurence Capron is the Paul Desmarais Chaired Professor of Partnership and Active Ownership at INSEAD. She is also the director of INSEAD’s executive education program in mergers and acquisitions and corporate strategy. Will Mitchell holds the Anthony S. Fell Chair in New Technologies and Commercialization at the University of Toronto’s Rotman School of Management. They are co-authors of the book ‘Build, Borrow or Buy’.