Why change has a bad name 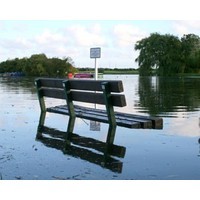 There is a saying that people resist change. While this might be conventional wisdom, it simply isn’t true. If humans were hardwired to resist change, we’d still be living in caves. There must be something else that explains why people tend to respond poorly to change and hence what leaders can do to better manage change.

Humans are very happy with change provided the change meets one criterion: that it does not involve loss.  When we first hear about a change we instantly decide at an individual level, filtered by our immediate emotional response, whether this change will be classified as a personal gain or loss. If we detect gain, we support the change. If we detect loss, we resist. If we are uncertain—and here’s the big swinger—we err on the side of loss as the default because we cannot yet classify.  This is because of the human instinct of loss aversion.

Take, for example, a restructure.  One person, before they hear about the change on the grapevine, is told that as a consequence of the restructure they are to be offered a promotion. If that suits the person, then the change is a good thing and they support it. Don’t try to convince them that change is a bad thing.

Conversely, another person is told up-front that as a consequence of the restructure their role is redundant. Assuming that the person does not want to be out of a job right now, the change is accurately classified by that person as loss.  The problem that generally happens is that if the change is managed in a less than optimal way, people hear about the restructure, don’t know how it might affect them, and the negative possibilities loom largest – even though for most people the restructure actually means no change.

A major negative of conventional thinking about change is that it’s self-fulfilling and we end up not managing change as effectively as we should. By managing change based on the reality of human nature, change can be more successfully implemented.