Why change management is all about timing 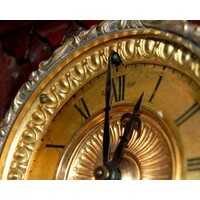 Change management is one of the most difficult problems facing managers at all levels. All too often, managers focus primarily on defining the best end-state, and deal with the change process almost as an afterthought. If the end-state really is better, the logic goes, then people will find the vision compelling and migrate to it. Often this almost has the feeling of a “lay-down” hand in bridge.

This situation reminds me of the story of the maths graduate student who woke up in the middle of the night and smelled smoke. He walked into the kitchen and saw that his stove was on fire. He looked at the water tap, looked at a bucket on the floor, said “a solution exists”, and went back to sleep.

“Paving the cowpaths” is an expression often used to express disdain for weak change management programs.

The streets of downtown Boston are characterised by byzantine windings that seemingly defy logic – until one realises that they trace the original cowpaths that cattle trod to skirt fields when ambling home from pasture in early colonial times. In downtown Boston, the streets are, indeed, paved cowpaths. In the newer section, Back Bay, planners had the luxury of laying out streets in a grid pattern on landfill.

The essence of “paving the cowpaths” is to point out the seemingly obvious folly of managing change by simply changing nothing of importance. Much later, the “re-engineering” movement echoed this idea, noting that change managers should reengineer processes rather than simply automate them.

Yet managing programs of fundamental, sweeping change requires a unique process that is almost counterintuitive. The reason is that change management most often takes place in a well-established organisational context.

I thought about the metaphor of “paving the cowpaths” this weekend, as I was reading a very interesting book, Wired For War by P.W. Singer. The book is about the history of robotics and the use of robots in warfare. The really interesting parts, however, are about the process of new technology adoption. This process seemingly defies logic.

For a number of years after robots were shown to be superior for certain uses, military leaders refused to embrace the new technology. For example, drone aircrafts were demonstrably better at particular missions than manned aircraft. Yet because most top Air Force officers were former pilots, they rejected the new innovations and even used the new drone aircraft for target practice in training pilots.

It was not until relatively recently that external events created a situation in which the new robot technology began to be accepted. In the early 1990s, the tide began to turn. Singer notes that in the prior period, “It wasn’t that the systems weren’t getting better, but that the interest, energy and proven success stories necessary for them to take off just weren’t there.” The situation began to change dramatically in the wake of the “Black Hawk Down” disaster, which generated widespread public unwillingness to commit ground troops to the Balkans and Rwanda.

Not long after, the high injury and mortality rates experienced by military personnel in Iraq caused a public outcry. The military responded in part by accelerating the deployment of robots in high-risk military missions, which enabled the new technology to break through the traditional military attitudes toward robots. This reversal led military leaders to convert the role of robots in warfare from one of “paving the cowpaths” to a much more sweeping role accomplishing powerful new activities –  like staying aloft for days doing surveillance – that simply could not have been done with manned technology.

A similar set of situations characterise the whole history of technology innovation. The moral of the story? Paving the cowpaths is often an effective first step in sweeping, paradigmatic change. The real questions are: 1) whether the initial formulation is flexible enough to support migration to a new system, and 2) whether the change managers have the vision and capability to create the conditions favourable for change, and to manage a multi-stage change process.

Paving the cowpaths, in this context, is an important first step in major change. In fact, many successful IT system implementation projects start by mechanising existing processes, but keep latent capabilities to support deeper change. Over time, as the organisation experiences the benefits of the new system and as it becomes part of the company’s “plumbing,” change managers can roll out the more sweeping new capabilities. Because the system users experience the early benefits of the new system, they become much more willing and motivated to change their practices to take advantage of the powerful new possibilities.

The business school teaching case literature has great case examples of companies that instituted surprisingly sweeping change, by starting with piggybacking on current organisational processes and relationships. In my course at MIT, I teach one such case juxtaposed against another that features a sweeping change program implemented as a “big bang” all-at-once change. Not surprisingly, paving the cowpaths turned out to be the secret of success – enabling much more rapid and broad change when properly deployed and managed.

One of the biggest problems – and opportunities – in profitability management is the scope and magnitude of the potential improvements. Virtually every company is 30-40% unprofitable by any measure, and 20-30% provides all the reported profits and subsidises the losses.

Profit mapping, the core analytical tool of profitability management, shows the profitability of every product in every customer in a company. (I describe how to construct a profit map in my book, Islands of Profit in a Sea of Red Ink.) Profit maps show exactly where profit is flowing and where is it lost. The problem is that the sheer quantity of information can be overwhelming, and often leads managers to wonder where to start.

The most effective profitability management programs start with a degree of paving the cowpaths. The key to success is to prioritise the profit opportunities against the difficulty of change, and to develop smart ways to accelerate the organisation’s pace of change. I think of this as the “view-to-effort” ratio.

When our kids were young, we used to take them hiking in New Hampshire. They complained on the way up the mountain, but they loved the view from the top. This led us to rate hikes by their “view-to-effort” ratio. By starting with small hikes with nice views, we were able over time to sharpen their interest in great mountain views, and this in turn allowed us to increase the size of the hike.

In short, we started with a “pave the cowpath” approach, and moved forward from there. Through this process, our children learned to love hiking and enjoy nature. Today, they are hiking on trails that would leave us breathless. Had we not started incrementally, we would not have experienced this result.

One of the most important keys to success in profitability management is smart change management. It is also the biggest stumbling block.

The well-known inventor and entrepreneur Ray Kurzweil notes, “About 30 years ago, I realised that timing was the key to success…. Most inventions and predictions tend to fail because timing is wrong.” Singer observes, “Kurzweil has found that the challenge isn’t just inventing something new, but doing so at just the right moment that both technology and the marketplace are ready to support it.”

The key to success is to craft a change program that starts with “paving the cowpaths.” This essential first step allows the organisation to see the power and feasibility of the new approach, which in turn creates the essential conditions for more sweeping change.

Successful managers draw on their reservoir of wisdom and experience to craft the right formulation. This critical element makes all the difference between success and failure.