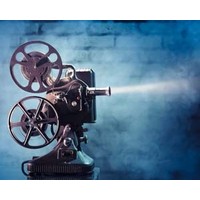 One of the year’s most highly anticipated movies, Les Miserables, will premier in the US and Canada on December 25. It will be released in Australia on Boxing Day, and some countries, such as Brazil, will have to wait until the end of March next year. Several months later the movie will head to on-demand services and from there make its way to DVD.

Delaying product availability in low-margin channels to maximise revenue in high-margin ones is a strategy that has traditionally served media companies well. But our research suggests that digital markets, especially ones saturated with pirated content, make these strategies much less effective. We tested many types of content, including books, movies, television and music. The three key takeaways we found:

Most customers choose their channel (hardcover versus ebook, for instance) before choosing a product, and they’re unlikely to jump channels. In fact, they’re more likely to move from a digital channel to an illegal (pirate) digital channel than to a physical channel.

For example, in December 2007 NBC removed its content from the iTunes Store, causing an 11% increase in piracy the following month – and no increase in DVD sales. Conversely, after ABC added its content to Hulu, in 2009, piracy of its shows dropped by more than 20%, while TV viewership remained essentially unchanged.

And in 2010, when a major US publisher stopped providing Kindle editions, it saw no increase in hardcover sales. When it reinstated the Kindle editions, its ebook sales were 50% lower than before the withdrawal. We believe that customers either had given up trying to find digital versions of that publisher’s books or had pirated them. To avoid a similar fate, make content available physically and digitally all at once, and don’t use timing tricks to try to move customers from one channel to another.

Despite widespread skepticism about their effectiveness, our research suggests that carefully structured and strictly enforced anti-piracy laws, too, can bring consumers back to legitimate channels. A 2009 law in France established a three-strikes rule (strike three involves possible prosecution) and set up an agency to enforce it.

The agency reported a drop of 17% or more in music piracy over the following months, and our research found that legitimate sales of music in France increased by 20 to 25% by comparison with sales in countries without such a law. The lesson is plain: People pirate content because it’s easy and safe to do so. Make legal content easier to get, and pirated content riskier, and consumers will behave.