Why Dymocks chief Steve Cox is bullish about bookstores 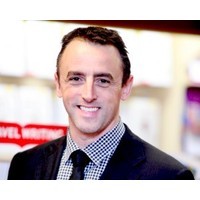 In June 2011, then federal small business minister Nick Sherry made a bold prediction.

“I think in five years, other than a few specialist booksellers in capital cities we will not see a bookstore, they will cease to exist,” the senator said in Canberra.

The assessment came shortly after the collapse of private equity-owned REDgroup Retail, the owners of booksellers Angus & Robertson and Borders. It left the people behind plenty of surviving bookstores fuming.

Dymocks is a 130-year-old chain of booksellers owned by Rich Lister John Forsyth. A privately-held company, it doesn’t release its accounts. However, it says it’s outperformed the industry, selling more books in 2012 than it ever has before, despite a 6.3% drop in national book sales over the period, according to Nielsen Bookscan. This followed a 9.3% drop in national book sales in 2011.

Dymocks managing director Steve Cox tells LeadingCompany the company isn’t retreating. It’s opening more stores this year, on top of several it opened in late 2012. The company has 74 stores in Australia along with 12 in Hong Kong.

Talking to Cox, there’s little sense of impending doom. But he does admit there are challenges for the business.

“Retail as a whole has been in a tumultuous period,” he says. “The book industry is no exception to that.

“But my focus has been on our customers, and on better understanding them through this time, as we continue to evolve to stay relevant.”

Some of the challenges facing the industry are of the government’s making. Online rivals based overseas can avoid Australia’s parallel importation restrictions, which force Australian booksellers to buy from local publishers even when overseas ones are selling a book more cheaply. Unsurprisingly, Cox is opposed to the restrictions. “We’re constantly trying to ensure the prices we offer customers are globally competitive,” he says. “As such, we’d like to see the parallel importation restrictions removed. The world’s moved on.”

Cox took over from long-serving CEO Don Grover in March last year, after a career at department store David Jones. He believes the company is well placed to keep delivering, and stresses some crucial differences between Dymocks and its now departed rivals.

“We’re locally owned and operated book specialists,” he tells LeadingCompany. Dymocks uses a franchising model, with local stores owned by local businesspeople. Cox says book-buyers love talking about books with their local bookshop owners and their staff, and that’s something the franchising model helps maintain. “Our customers know we’re passionate about our product, and come to us for local advice and local service. That means we’re well positioned in a challenging market.”

And as competitors Borders and Angus & Robertson shut their doors, Dymocks was an obvious beneficiary. “As the market has consolidated, that does present opportunities for Dymocks stores,” Cox says.

In recent years, the company has made a number of online plays to capitalise on the changes in the ways customers buy and write books.

Most famously, Dymocks launched D Publishing in December 2011. The platform allowed authors to self-publish books in partnership with Dymocks. Dymocks took a portion of the royalties, and selected books were made available in its stores.

Earlier this month, Dymocks announced it was closing the platform.

“The platform didn’t match up with what we needed to deliver for our customers,” Cox says. “When we looked at the detail, we realised it wouldn’t be sustainable in the longer term. We learnt some things along the way though.”

Other innovations have proven more permanent.

Dymocks’ Booklovers loyalty-card program is the largest of its kind in Australia. Cox says the goal for the program is for it to operate as an online portal for readers to share their opinions and look at what others are reading.

A key benefit of the program, which has 700,000 members, is that it allows the company to target customers with exactly the books they are likely to want to read. “It’s about marketing to the single person – instead of broad-brush communication, making it relevant to the individual. We’ve got a long way to grow to be truly successful, but we’ve made huge progress on that.”

Dymocks has sold books online for years, and expects volumes to grow. However, most people still buy physical books from physical stores, Cox says. “E-books are growing, but off a small base,” he says.

The company is looking at more closely integrating its online and physical store presence. For example, using Booklovers and other features, the company hopes its website can begin to offer some of the guidance customers get in its stores. It also plans to integrate its full catalogue into its stores more seamlessly, so consumers can easily buy anything in the catalogue in-store, as they would if they were browsing online.

Asked whether he thinks there’ll be an Australian book retailing industry in 20 years, Cox is bullish.

“I think there is a really strong future for book retailers,” he says. “The thing that underpins that is that customers and people in general have always loved to read, and now, they’re doing it more than ever before.

“Naturally we’ll have to adapt, the products will have to change and evolve, but people still look to us as a source of information.”

1. What’s the one thing a leader should never say or do?

“I think a leader should never say they’ve got all the answers, because all of us are learning. You’ve got to constantly ask lots of questions. Ask questions and listen to people, because good ideas can come through all sorts of avenues. “

2. What elements are critical to achieving change?

“Clarity of the vision. Everyone should understand the path and where we’re going. People need a clear road-map, so they can buy into the vision and engage. And they need the ability to give feedback, so they can have an input into how the results will be achieved.”

“A shared commitment to a goal. People are productive when they want to achieve an outcome, and when they feel passionate about the brand, and where the brand’s trying to get to.

“From there, improving productivity is about breaking down barriers. If there are inefficient work practices, there should be an avenue for people to suggest how to fix them.”

4. What do you look for in your direct reports or in those you’re looking to promote?

“The most important thing is their attitude. Obviously, they should be skilled in their area of expertise. But they should also be able to listen. They should recognise that no one person knows it all.

“They should be a real team-player – someone who recognises that great results are achieved through the work of many rather than the work of an individual.”

5. Where do you go for leadership inspiration and ideas?

“I have personal mentors – people I’ve worked with and been inspired by all through my journey. And obviously, I read and listen to what’s written and said about other businesses, and pick up ideas and inspiration from there.

“I think it’s really important to talk to a broad range of people. There are lots of people doing amazing things. If you listen and talk broadly to people, you can learn a lot.”

6. What was the worst moment of your career, or your career’s biggest challenge?

“Retail is cyclical, and those are the times that have been particularly challenging. It all feels easier when the sales are coming and it’s all on the up. At other times, the sales are tougher to come by.

“It’s those periods of difficult sales that are the most challenging. But they’re also the periods that drive the greatest change. They force you to reassess how you operate, and think more clearly about your customer, and how you play a role in that customer’s life. From those difficult times can come the most positive change.”