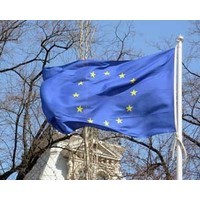 On paper, the entire European Union has a single government interest rate, set by the European Central Bank. In reality, it hasn’t for years.

Lenders to struggling European countries have required higher bond yields (interest rates) in order to put their money with those governments. This is sensible, as many of which have at various times appeared on the verge of bankruptcy. But it also means that the countries in the eurozone that need money the most – Spain, Italy, Greece, Ireland and Portugal – find it most difficult to access funds.

Fixing this was the aim of the plan announced last night at the highly-anticipated monthly ECB meeting. The ECB has promised to buy the bonds of EU countries that agree to a credible reduction in government spending. This will have the effect of lowering the interest rates for struggling countries, making it easier for them to find the funds needed to pay their debts.

“This action by the ECB won’t cause immediate recovery,” cautions Shane Oliver, the chief economist at AMP Capital Investors.

“You’ll still hear about a European recession. But the risk of a meltdown in the eurozone, causing a rerun of the GFC, has been headed off.

“The key is for the first time Europe has a credible plan to bring its debt crisis under control… By pooling the ECB with the small limited resources of bailout funds, they should achieve their objectives.”

However, the uncertainty lies with Germany. Its highest court is due to rule in five days on the legality of the ECB’s bailout funds. The representative of Germany’s central bank disagreed with the plan, saying that bond buying was effectively state financing. The ECB was set up originally just to determine Europe-wide monetary policy.

How the ECB’s plan works

The first thing to note is that the program only applies to countries that play by the ECB’s rules.

It’ll only buy the bonds of countries which have either accepted a full macroeconomic adjustment program (ie a bailout), or a precautionary program. The IMF will help the ECB determine the program design and monitoring.

Once this happens, countries will have to formally ask the ECB to buy their bonds. It’ll do that using what it has dubbed “Outright Monetary Transactions”. It won’t buy bonds directly from governments, but from secondary markets (ie those who’ve previously bought government bonds and are now looking to sell them). More people will thus be willing to buy from the government directly, as they’ll know they’ll be able to on-sell their bonds if needed. “This will have the effect of pulling down bond yields,” Oliver says.

All of this will be sterilised, meaning the ECB will inject or take out money from the European economy so its actions have no effect on the overall money supply. This is intended to prevent any inflationary outbreaks from its actions.

What it means for Australia

The European situation settling down is likely to have broadly positive effects for Australian economic growth.

It’s also likely to boost the value of the dollar, though this may be offset by other factors such as lower resource prices and a slowdown in China lessening the demand for the Australian currency, Oliver says.

The plan has already seen the Australian dollar spike up to $US1.0284 at 7am today, from the $US1.0228 it was trading at yesterday’s ASX close.

“It’s a fairly long bow. But still, the meltdown risks surrounding Europe have subsided. And that’s a very positive thing for Australia.”