Why Orica’s new chief, Ian Smith, is pinning his hopes on outsourcing 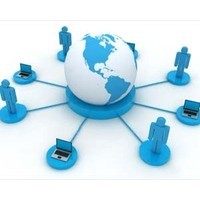 Orica’s new chief Ian Smith, formerly the lauded CEO of Newcrest Mining, is happy to outsource where required to offer the most flexibility to the explosive company’s customers.

Unveiling his strategy, only presented to the board last week, at this morning’s full-year results briefing, Smith said: “The only preference I have is making money. If that means going through a European producer… we’ll do that.”

Smith has headed the company since February, when he took the reins earlier than previously announced. In that time, he’s centralised Orica’s operations and bought several operational heads into the senior management team, as well as creating a new senior executive role in charge of corporate social responsibility.

At today’s results briefing the company posted an annual profit of $402.8 million, down 37.3% on the year before. This was partly due to a $247.4 million goodwill writedown on Orica’s mining consumables division, Minova.

Looking ahead, Smith isn’t optimistic about customer demand, telling analysts he forecast demand (largely in the mining sector) for explosives and related products to be flat or slightly higher over the coming year. Nonetheless, he predicted higher underlying earnings this year, but “subject to global economic conditions”.

Orica will focus on outsourcing wherever possible in order to offer the greatest flexibility to Orica’s customers in the mining industry.

“This isn’t a huge shock to anyone, but we haven’t gone through the strategy and decided to move into being a producer of garments or whatever,” Smith said. “We’re sticking to our knitting, but changing the emphasis of how we deliver that knitting.”

This shift refers to the company becoming more customer-focused, which Smith says it wasn’t previously.

“We’ll look for the lowest-cost product source. Where it’s efficient to manufacture we will, where it isn’t we won’t. We’ll pursue strategic alliances and control of the supply chain.”

A new approach to corporate social responsibility, exemplified by the creation of a dedicated executive position and a big element of Smith’s speech this morning, is part of this new outward view, as is the revamped structure that sees Orica’s research and development efforts housed within the company’s commercial division.

“In the past we’ve had product innovation,” Smith says. “By moving our R&D to a centralised point, the emphasis is on commercialisation. We spend more than [rivals] on R&D, but we need to use it in leveraged ways that put us ahead of our competitors.”

At the briefing, analysts queried whether outsourcing would see Orica’s products cost more than those of its competitors.

Smith said manufacturing was inflexible, which could lead to it being expensive and inefficient.

“The worst thing is about the technology in [ammonium nitrate production, a key ingredient in explosives] is we’re either in front of the market or behind,” he says. “There’s little opportunity to exactly match demand points. We want that flexibility.”

Smith says that if Orica pursued control and ownership of facilities necessary to its needs, it would be spending more than $6 billion over the next five years on those plants.

And Smith doesn’t see the company’s manufacturing services as its strongest point.

“Our manufacturing plants are not the world’s best,” he says. However, he added that the company would spend the next two years improving those plants it does own.

Another reason Orica is pursuing its outsourcing strategy appears to be that it’s not a strategy that its competitors, which lack scale and a global footprint, are able to replicate. Orica employs more than 15,000 people in 50 countries, and sells to customers in more  than 100 countries.

“We’re in a position none of our competitors can emulate,” Smith says. “As the internationalisation of mining continues, we can service our customers no matter where they are.”