Why Richard Branson believes every entrepreneur should use to-do lists 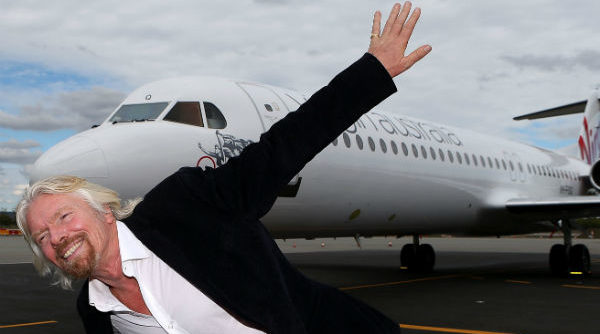 Virgin is the business it is today thanks to a culture of notes and “thoughtful to-do lists”, according to billionaire founder Richard Branson.

Writing for Virgin’s blog, the 65-year-old entrepreneur says to-do lists are often seen as a waste of time.

This is because people write detailed notes but don’t follow them up.

However, Branson revealed he is a big fan of to-do lists, arguing they help people clarify what is worth doing and what is worth leaving by the wayside.

And don’t for a moment think Branson calls his to-do list something grandiose like an “Eisenhower Decision Matrix” – he still calls it a to-do list and uses old-fashioned pen and paper.

“The act of writing your tasks and thoughts down is useful in and of itself, as it helps to organise your thoughts and give you focus,” Branson writes.

“However, if you then ignore your own advice and don’t follow up, the lists will lose most of their power. Quite often you will only do 50 percent of things on to-do lists because, on reflection, only 50 percent are worth doing.”

Branson says without to-do lists, he would use his time much less effectively and have a lot less fun.

Are you feeling overwhelmed at work and like you don’t have any time for extracurricular activities?

Maybe it’s time to start jotting down your daily tasks in order to prioritise them, according to Branson.

“People wonder how I fit in kitesurfing and tennis every day alongside business meetings,” he writes.

“The answer is good planning and to-do lists.

“My habit has also rubbed off on many of our team, who are also avid note-takers and to-do list makers. I am constantly amazed when I go into meetings and am the only person taking notes, and then converting these actions on to-do lists,” he adds.

Use Trello. It’s a to-do list online. You can form workgroups, create checklists for various stages and so on. Brilliant.