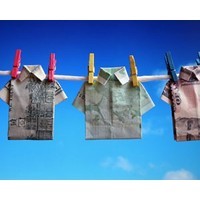 The bank has already attracted fines from regulators in the UK and the USA.

But further revelations are likely as US Senate Committees are flexing their muscles, the UK parliament has launched an inquiry and the UK’s Serious Fraud Office (SFO) has announced a criminal investigation. The temptation will be to look for scapegoats and prevent consideration of the systemic factors.

Barclays has a dark history. For example, in 2010, Barclays Bank paid US$298m in fines for “knowingly and willfully” violating international sanctions by handling hundreds of millions of dollars in clandestine transactions with banks in Cuba, Iran, Libya, Sudan and Burma.

In February 2012, the UK government introduced retrospective legislation to halt two tax avoidance schemes that would have enabled Barclays to avoid around £500 million in corporate taxes. However, Barclays is not alone. Only last month, the UK financial regulator reported that Barclays, HSBC, Lloyds and Royal Bank of Scotland mis-sold loans and hedging products to small and medium sized businesses. The financial sector has been a serial offender.

Here are a few examples.

The UK experienced a secondary banking crash in the mid-1970s. The crash revealed fraud and deceit at many banks. The UK government bailed them out and in turn had to secure a loan from the International Monetary Fund.

In the 1980s, the financial sector sold around 8.5 million endowment policies, which were linked to repayment of mortgages. The products were not suitable for everyone but were pushed just the same, and the risks were not explained to the customers.

A 2004 parliamentary report found that some 60% of the endowment policyholders have been the victims of mis-selling and face a shortfall of about £40 billion. This was followed up by a pensions mis-selling scandal where 1.4 million people had been sold inappropriate pension schemes. The possible losses may have been £13.5 billion.

The 1990s saw the precipice bonds scandal. About 250,000 retired people been persuaded to invest £5 billion in highly risky bonds, misleadingly sold as “low-risk” products. Thousands of investors lost 80% of their savings. Then came the Split Capital Investment Trusts scandal. Once again financial products had been mis-sold and deceptively described as low risk. Some 50,000 investors may have lost £770 million.